93 year-old UK woman arrested for no crime, find out why

Josie Birds was arrested by UK's largest police forces, the Great Manchester Police on request of her granddaughter. 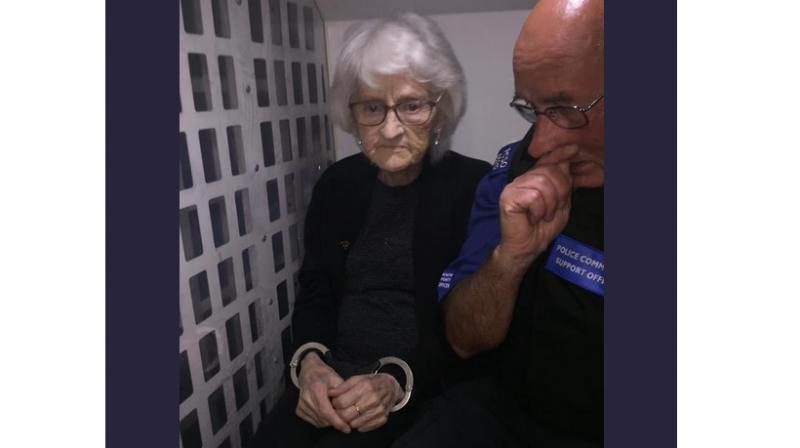 Great Manchester police acknowledged this unusual request because their focus is heavily driven by the community. (Photo: Twitter I @sterlingsop)

Manchester: A 93-year-old woman got arrested in the UK for committing no crime as it was her dying wish.

Josie Birds, 93, was arrested by UK's largest police forces, the Great Manchester Police on request of her granddaughter.

Pam Smith, the 93-year-old's granddaughter took to Twitter and thanked the police, The Guardian reported.

Smith said that her grandmother's health was failing and that she wanted to have an experience something to remember as she had been good all her life.

"She wanted to be arrested for something before it’s too late. She has a heart of gold and thoroughly enjoyed it today. Thank you for granting her wishes.”

She added saying that the Great Manchester police made her grandmother very happy.

The Guardian reported that the Great Manchester police acknowledged this unusual request because their focus is heavily driven by the community.

"We were able to fulfill the wishes of an elderly lady and give her a day to remember," Chief Inspector Denise Pyre of the force's City of Manchester division said.

The cops reassured the rest of the community that while the strange request of the old was being fulfilled, there was absolutely no impact on the wider area and that rest of the cops were performing their duty.