A 94-year-old honoured for 44-year service at McDonalds

Maurer started working at McDonald’s in 1973 and has been a fixture behind the counter at several locations in the area ever since. 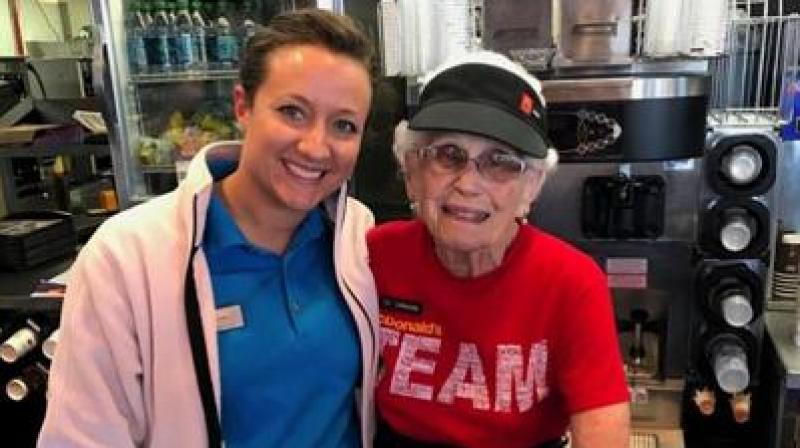 Evansville, Indiana: A 94-year-old Indiana woman is celebrating 44 years of working at McDonald’s.

Maurer started working at McDonald’s in 1973 and has been a fixture behind the counter at several locations in the area ever since.

Maurer works the breakfast shift on Friday and Saturday mornings. Franchise owner Katie Kenworthy tells the newspaper that people “come from all over town to see her and make sure they get their coffee or oatmeal made the Loraine way.”

Maurer tells ABC News that she has thought about retirement, but “would miss it too much.”

Maurer, who has four children, six grandchildren and seven great-grandchildren, said the relationships she has with her customers are particularly important, since they helped her get through a very tough period in her life -- the loss of her husband, Kenneth, in 1980.

“I really and truly enjoy it,” Maurer told ABC News. “Life is what you make it. And so I’m trying.”