Goswami will be celebrating Indian Folk in its original from in the upcoming concert in Nehru Centre, India High Commission, London. 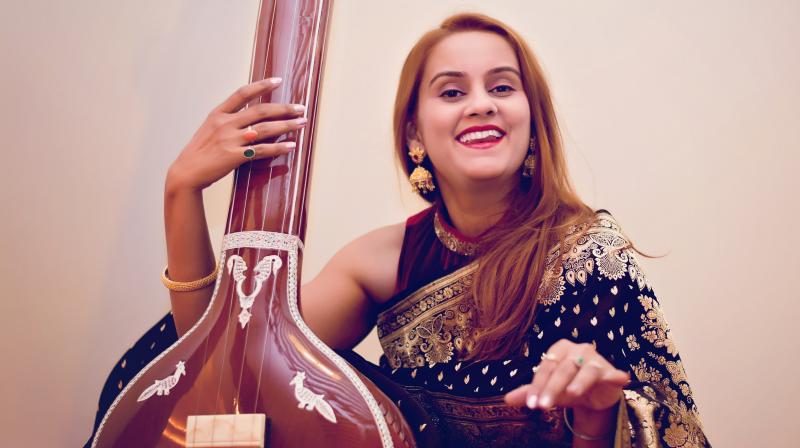 The upcoming live performance at India High Commission – Nehru Centre London is on May 30, 2018

New Delhi: Runki Goswami who is known for her Telegu compositions such as “Ni andelasandarilo” and “Teen maar beatulakki” and Hindi compositions “kabhie ajnabi thi” and “Ab naahi chanda” is taking the talent baton forward and making India proud.

The Gurugram-based Music Director and singer will now dazzle music lovers with her spell binding performance but this time on international stage.

Goswami is all geared up to journey from north to south through a myriad of rustic folk songs of India in its original form; thus engaging the international audience in musical expression with multiple language.

Goswami will be celebrating Indian Folk in its original from in the upcoming concert in Nehru Centre, India High Commission, London.

This is on the same lines of for her folk performance in India International Centre New Delhi, which garnered huge applause.

Runki has studied folk carefully and believes that folk is primarily authorless and is not about an individual, but people, their culture, lifestyle and belief system which is running through generations and prevalent till date.

The concert is a reflection of her effort to revive and keep true Indian folk music alive not only in India but also on the international platform.

The recitals will be the mirror image of the unchanging legacy of different states, their culture, customs, beliefs and faith.

Runki will make sure that her music concert is just not about singing, but narrating the history and interpretation of every pastoral folk rendition accompanied by authentic instrumentals.

The upcoming live performance at India High Commission – Nehru Centre London on 30th May 2018, will surely be enchanting for all music lovers as Runki will musically hop in and out of Indian States with almost 20 folk songs in over 10 different languages.