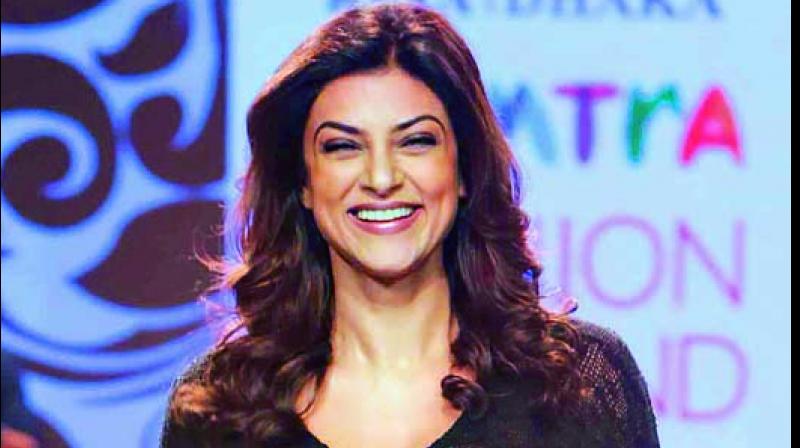 Sushmita Sen, who was missing from the celluloid scene for many years now, is back with the crime drama Aarya. This show has brought her right back into the limelight.

When asked why she stayed away from acting all these years, with a light signature chuckle, she says, “Because nobody was offering me Aarya.”

After a tiny pause, however, she elaborates, “I needed this to come back, and how! I chose this not because it’s an author packed role but because we have a fantastic team and a platform like Disney Hotstar. It was all fabulous — the director and co-stars and all of that. So to answer your question, it takes a lot for an actor to get an opportunity like this one, so sometimes, it is okay if you just have to wait for it.”

But being away for so long, did the insecurity of “out of sight, out of mind” ever bother her?

Sushmita simply laughs in her mesmerising style. “For me, it is the other way around because I always think distance makes the heart grow founder,” she puts in. “So no, staying away from the camera was not something that brought any sense of insecurities in me. Even as I was waiting for a good film or work to come by, my life has so many other purposes. I have been working on multiple things. Yes, it took me a while to come back, because of which I even lost many people who managed me who probably thought ‘out of sight is out of mind’, but this comeback was worth all of it. Honestly, I really think people should stop worrying whether your time is gone or it hasn’t come yet because all said and done, these are just perceptions, really.”

Not many know that Sushmita is also a music lover.

“I thrive on music. Music inspires me through every moment of my life, no matter what emotion. I love any music, be it jazz or pop or any genre. I enjoy listening to any song and music from anywhere around the world. Whenever the unit people come to me to narrate the scene in the van or on the sets, there was music playing. When I was busy doing my hair and makeup, there was music playing. So, yes, in short, I am a music buff.”

Finding herself in her character

So what are the two aspects of Aarya, the character Sushmita portray in the series, she would imbibe in her real life, we ask her.

“When one considers the pain and sorrow and the ethos of loss, which shatter a world, one would expect women to break down and break things and not get out of her bed. Aarya’s character, on the other hand, is internalised because she remains in the roughest of moments thinking she doesn’t want to shove her baggage of pain on others. Then again, not carrying the baggage also becomes overwhelming to everyone around you, that is. You can contain the pain and deal with it and not just suffer. That aspect of her rang deep in me,” she articulates.

The second aspect of the character was about being a great mother, she tells us. “Being a good mother doesn’t mean you have to mollycoddle your kids (or for that your family members),” she explains.

“Sometimes, you need to leave your sick child to do what you need to do to keep them alive. And that is not a projection; it’s the truth in times like ours. As a single mom, even I had to handle my child telling me not to leave her and go. I had to do that without feeling sorry or apologetic. And Aarya’s character is such, one that tells you not to apologise. No one understands your situation. You are the only one in that situation and so you have to do your best to get out of there. So the two aspects of Aarya were like a progression for me, into reality more than anything else.”