According to the tweet, her book set to come out a week after the 2018 midterm elections, is called 'Becoming.' 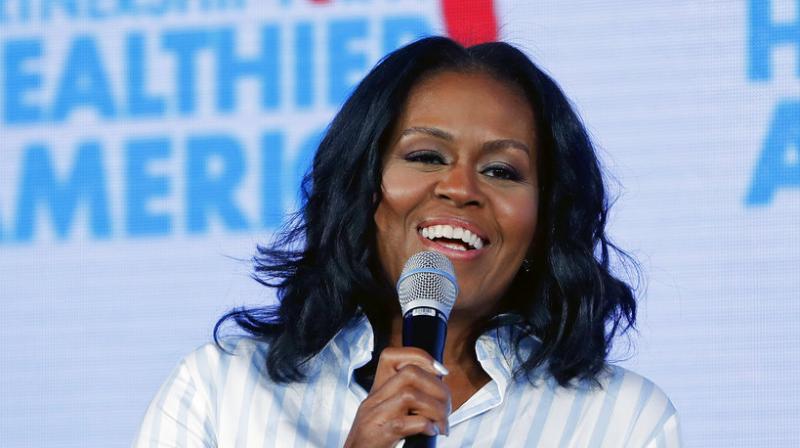 According to the tweet, her book set to come out a week after the 2018 midterm elections, is called 'Becoming.'

Becoming will be published simultaneously in 24 languages and she expects to promote her memoir both in the US and overseas. She will also be narrating the audio version of the book.

Taking to twitter Obama wrote, “Writing BECOMING has been a deeply personal experience.”

She further added, “I talk about my roots and how a girl from the South Side found her voice. I hope my journey inspires readers to find the courage to become whoever they aspire to be. I can't wait to share my story.”

She and her husband, former President Barack Obama, last year reached a joint agreement with Penguin Random House for their respective books.

The deal is believed to be well in excess of $30million. 'Becoming' will be released in the US through the Crown Publishing Group, a Penguin Random House division that has published works by both Obamas.

Michelle Obama's memoir is expected to be a major commercial and cultural event. She is admired around the world and has never told her story at length. Her only previous book was a 2012 work on gardening, 'American Grown'.