World's tallest Ravana effigy will be burnt in Chandigarh

The effigy is being built at the cost of Rs 30 Lakh. 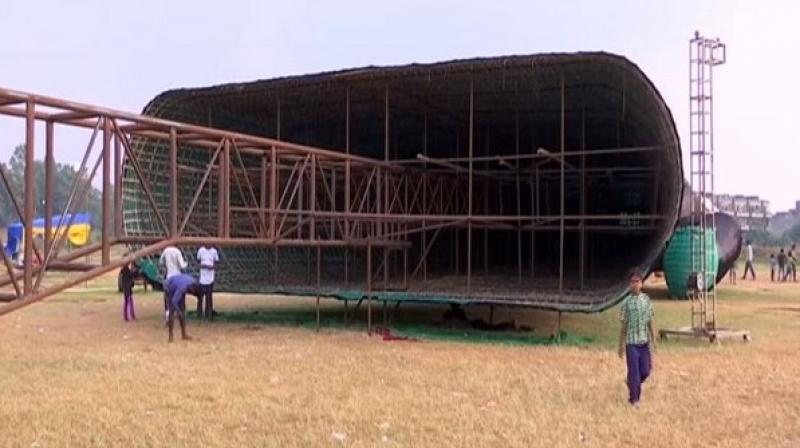 The organiser said that the effigy weights over 70 quintals. (Photo: ANI)

Chandigarh: In the wake of Dusshera festival, a Ravana effigy, 221 feet tall will be erected in Chandigarh.

The effigy is being built at the cost of Rs 30 Lakh.

"Our effigy will be the tallest in the world. We have been making the record from the last five years. Last year, the figurine was 210 feet tall, this time it is 11 feet taller so we are hoping to make a record again," said one of the organisers.

The organiser said that the effigy weights over 70 quintals. "Ravan's sword weighs three quintals, whereas the shoes are two quintals," he added.

The effigy will be unveiled on October 2 at Dhanas ground.

"From October 3 to 7, various cultural programmes will take place at the venue here. On the evening of October 8, it will be set on fire," said the organiser.

He added that the crackers used inside the Ravan effigy are pollution-free. "They will cause 80 per cent less pollution than normal crackers."