Nandan Nilekani was appointed as the non executive chairman of Infosys on Thursday. 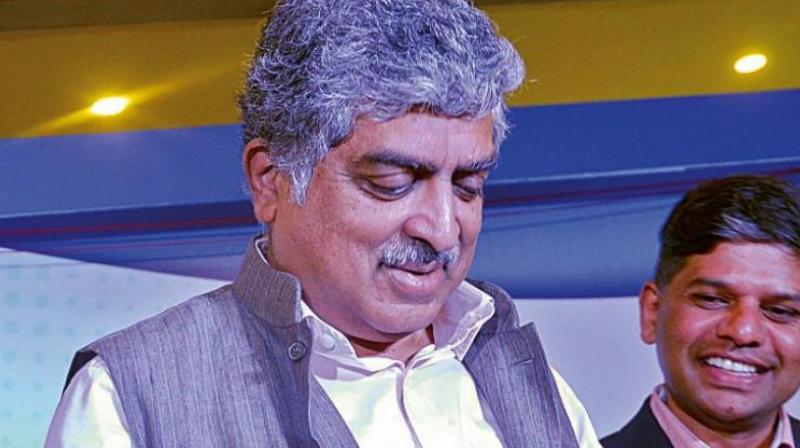 Nandan Nilekani has been appointed as the Chairman of Infosys.

Mumbai: Infosys Ltd’s new chairman said he would focus on finding a chief executive, reconstituting the board and future strategy, seeking to calm investors rattled by the recent shock exit of the firm’s CEO over a prolonged row with the founders.

Nandan Nilekani, one of Infosys’ seven founders and also a former CEO, was named chairman late Thursday as part of a board shakeup aimed at putting to bed the months-long dispute with the founders - who led by founder Narayana Murthy have raised concerns about corporate governance lapses.

Credited for a four-fold increase in Infosys’ revenue to $2 billion during his 2002-2007 stint as CEO, Nilekani said his key task would be to assist in the search for a new leader.

India’s No. 2 software services exporter is looking for a CEO who would be able to manage a large global company, accelerate the execution of its strategy and oversee its transformation, Nilekani said. The candidate would also need to have a stronghold on technology and the ability to build and strengthen relationships with all stakeholders, he added.

The management reboot at Infosys comes at a time when the firm, like the rest of India’s more than $150 billion software services sector, is bracing for a potential change in U.S. work visa rules that could restrict the movement of engineers and developers to its biggest market and drag on profits.

While Nilekani refrained from commenting on Infosys’ future strategy, he said it would be aligned with global developments and that he saw tremendous opportunity in software data and machine learning.

Nilekani, the architect of India’s ambitious biometric identity program, said he would engage with all shareholders and customers, and work to resolve differences over corporate governance.

Disagreements between founders and the board centered around a rise in Sikka's pay, the acquisition of Israeli automation firm Panaya for $200 million and a severance package offered to a former finance chief.

Infosys shares plumbed a more than three-year low on Monday, wiping out billions of dollars of shareholder value. But they have risen since then as expectations of Nilekani's return reassured investors. Indian markets were closed for a public holiday on Friday.