As the face of hard Brexit in the ruling Conservative Party, Johnson has pledged to get Britain out of the EU within deadline of October 31. 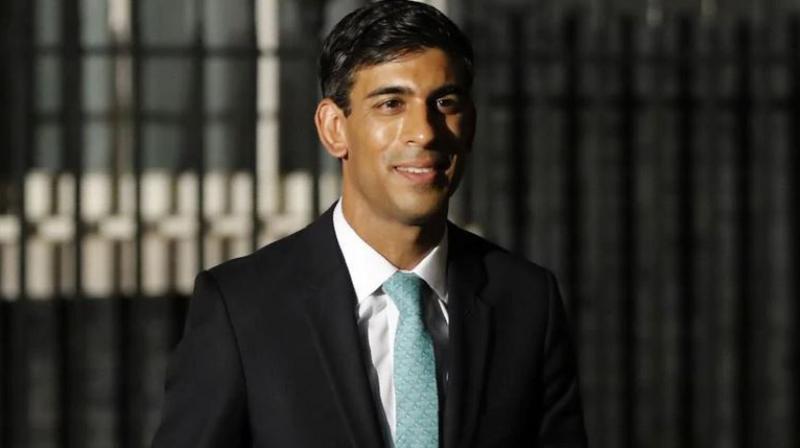 Johnson, who has in the past described himself as a "son-in-law of India" by virtue of his now estranged wife Marina Wheeler's Indian mother - Dip Kaur, has stressed that the UK's relationship with India must run deeper than just trade. (Photo: AFP)

London: Boris Johnson officially became Britain's new Prime Minister on Wednesday and promised to leave the European Union on October 31 "no ifs, no buts" under a "new deal" with the 28-member economic bloc.

The 55-year-old former foreign secretary and London Mayor laid out his vision as Prime Minister in his first speech on the steps of Downing Street after a meeting with Queen Elizabeth II at Buckingham Palace, during which the 93-year-old monarch formally invited him to form a government after accepting Theresa May's resignation a little earlier.

Fellow Brexiteer Rishi Sunak, the son-in-law of Infosys co-founder Narayana Murthy, and housing minister Alok Sharma are also in line for frontline jobs in what Indian-origin peer Lord Jitesh Gadhia has hailed as the most diverse Cabinet in British history.

The 47-year-old ardent Brexiteer declined to "speculate" over Johnson's plans but said that she was confident the prime minister has plans for a "diverse" Cabinet, given his track record of deploying a diverse team as the Mayor of London.

"We will restore trust in our democracy and we are going to fulfil the repeated promises of Parliament to the people and come out of the EU on October 31, no ifs or buts," Johnson said, adding that while he does have 99 days to that deadline, the country has had enough of waiting and the time to act on Brexit is right away.

"Brexit was a fundamental decision by the British people. We must now respect that decision and create a new partnership with our European friends... The work begins immediately behind that black door and I take personal responsibility of the change I want to see. Never mind the backstop, the buck stops here," the prime minister said just before he went into that iconic black No. 10 door of Downing Street, the British PM's office.

However, mindful of not just focussing on Brexit at this "extraordinary moment in history", he laid out a range of other promises around 20,000 additional police to make Britain's streets safer, introducing crucial social care and education reforms as well as begin work on free trade deals around the world.

"It is time we look not at the risks [of Brexit] but opportunities that lie before us. Let's start now on those free trade deals that lift billions out of poverty," he said.

Johnson, who has in the past described himself as a "son-in-law of India" by virtue of his now estranged wife Marina Wheeler's Indian mother - Dip Kaur, has stressed that the UK's relationship with India must run deeper than just trade.

In reference to India-UK relations, Johnson is on the record saying he wants to pursue a new trade deal and is expected to build on his self-confessed "personal relationship" with Prime Minister Narendra Modi to deliver a "truly special" bilateral relationship.

"The sooner we leave the EU and take back control of our trade policy, the sooner we can strike a new trade deal with India that will deliver new jobs, growth and prosperity for both our countries. Securing this new and improved trading relationship with our friends in India will be a priority for me," he said, during the course of a month-long leadership contest.

Johnson becomes the 14th Prime Minister to be appointed by Queen Elizabeth II, the 55th to hold the post of British PM and the third in fairly quick succession since Britain voted to leave the EU in June 2016 - following on from David Cameron and Theresa May.

Theresa May, who was forced to resign amid a mounting rebellion from within her party over her Brexit strategy that failed to clear the Parliament votes threshold three times, had been functioning as a caretaker Prime Minister during the course of the Tory leadership.

She addressed her final Prime Minister's Questions in the House of Commons on Wednesday and then made a farewell speech on the steps of Downing Street before being driven to Buckingham Palace to formally hand in her resignation to the Queen. It is during this meeting that May would have indicated to the Queen who commands the requisite support to form the next government, following which Johnson was driven to the palace for his private audience with the Queen.

In some drama on his way to the palace, Johnson's cavalcade was blocked by Greenpeace protestors wanting to hand over a climate change petition to the new Prime Minister. The group that formed a human chain blockage were quickly moved out of the way by security officials.

As the face of hard Brexit in the ruling Conservative Party, Johnson has pledged to get Britain out of the EU within the deadline of October 31 - with or without a deal. The prospect will prove divisive as the Opposition Labour Party and pro-EU Lib Dems have already voiced plans to bring down his government if he attempts a drastic no-deal exit from the EU.

Labour leader Jeremy Corbyn has demanded that Johnson call a General Election and promised to table a motion of no confidence in him "when it is appropriate to do so".

MPs from within Johnson's own party remain vehemently opposed to a no-deal Brexit, with Chancellor Philip Hammond, justice secretary David Gauke and international development secretary Rory Stewart among some of the Cabinet members who have already declared their defiance by refusing to serve in his Cabinet.

Boris Johnson is expected to spend his first few hours at No. 10 Downing Street finalising the top jobs in his Cabinet, with Indian-origin MP Priti Patel widely tipped to be back in the frontline after she had been forced to resign from May's Cabinet as international development secretary in 2017.