Maxwell has stayed mum on one particular incident which almost put his life in danger. 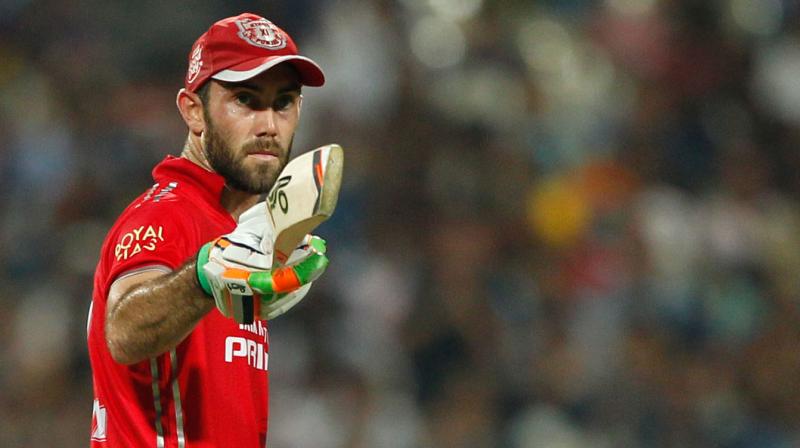 During his ride, he fell off the bicycle due to being intoxicated, which could have seen him being run over by speeding vehicles.(Photo: BCCI)

Rajkot: Australia cricketer Glenn Maxwell has been making the headlines for the wrong reasons lately after multiple reports accused him of spot-fixing during the 2017 Ranchi Test in India.

In defence of himself, the all-rounder made it clear that he always reported ‘certain untoward things’ towards the Board of Control for Cricket in India (BCCI) anti-corruption officials during the Indian Premier League (IPL).

However, Maxwell has stayed mum on one particular incident which almost put his life in danger during the 2017 edition of the IPL, according to Mumbai Mirror. It took place on the eve of the match between Kings XI Punjab (KXIP) and Gujarat Lions.

Maxwell, who was a part of Preity Zinta’s KXIP back then, left the team hotel unknowingly without informing the team manager, local liaison officer and also the integrity officer for a party which was hosted by the promoters of Gujarat Lions at a resort far away from the team hotel.

Maxwell got sloshed and was not in a proper condition to return but he still chose to cycle his way back to the team hotel during the late hours of the night.

During his ride, he fell off the bicycle due to being intoxicated, which could have seen him being run over by speeding vehicles. Soon someone jumped to his rescue after recognising him and helped the 29-year-old reach the team hotel safely.

“We chose not to make the incident public because it could have led to a lot of controversies. So we don’t know what kind of information he had given to the ACU. On this occasion, Maxwell did not even inform his team manager, leave aside the integrity officer or security staff. Ideally, he should not have gone out because it was a security risk. If he still had to go, he should have gone with the security cover. But Maxwell chose to go alone, and come back alone in an inebriated state,” a close BCCI source revealed.