Newsmakers   25 Jun 2017  Thanks for bearing me: Shah Rukh Khan on turning 25 in Bollywood
Newsmakers

Thanks for bearing me: Shah Rukh Khan on turning 25 in Bollywood

The 51-year-old actor, whose fans are all ready for his new venture earned USD 38 million in the year 2016-17, according to Forbes. 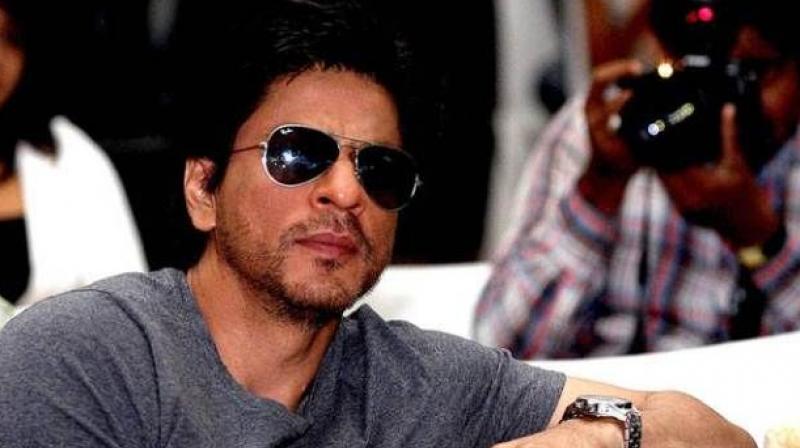 After a spate of hits and misses, and some eminently forgettable films in recent years, SRK is now busy promoting the new project, starring Anushka Sharma. (Photo: Deccan Chronicle)

Mumbai: He came, he dimpled and he conquered. Twenty-five years after Shah Rukh Khan first smiled upon Bollywood, he is still grinning.

And he has every reason to. Khan, one of the richest actors in the Hindi film industry, is still going strong as a hero, a quarter of a century after he emerged as a celluloid lover boy in 1992.

The 51-year-old actor, whose fans are all ready for his new venture, Imtiaz Ali’s "Jab Harry Met Sejal", made his Bollywood debut with "Deewana", where he played the role of a young man called Raja in love with Divya Bharti’s character of Kajal.

After a spate of hits and misses, and some eminently forgettable films in recent years, SRK is now busy promoting the new project, starring Anushka Sharma. Three mini-trailers of the film, slated to be released in August, have been launched.

What is known so far about the film is that Sharma’s Sejal - is a Gujarati tourist, who has lost a ring, and SRK, aka Harry, is a tourist guide.

What is also known is the word ‘intercourse’ figures in it. Censor chief Pahlaj Nihalani wants the word to be snipped off, unless one lakh people write to him in support of it.

King Khan has not reacted to Nihalani’s remark, but posted a tweet about his silver jubilee early on Sunday.

"Went to bed early because it has been a hectic week. Woke up for no reason and realised I am 25 years old. Will deal with all this love tomorrow. Thanks for bearing me," he tweeted.

His frequent collaborator and friend, filmmaker Karan Johar, congratulated him for the silver jubilee.

"Have had the honour of working with him for 22 of those 25 years.... Love you so much Bhai... And thank you for everything," Johar tweeted.