The Cong leader said that Gandhi used her political authority to save sensitive areas like the NE from destruction. 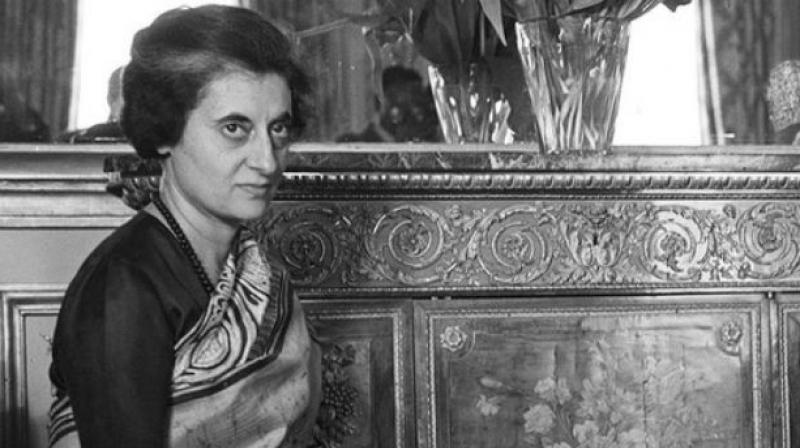 New Delhi:  When Karan Singh proposed a plan to buy an aircraft in 1973 for use by Project Tiger officials, it was shot down by a livid Indira Gandhi who asked him, "Have we got our priorities wrong?" This incident that took place in May 1973, barely a month after the launch of Project Tiger, finds mention in Congress leader Jairam Ramesh's new book, "Indira Gandhi: A Life in Nature".

Project Tiger was formally launched at the Corbett National Park. Karan Singh, who was the then Union minister for tourism and civil aviation, was made the chairman of the Indian Board for Wildlife.

"The Prime Minister personally handpicked Kailash Sankhala as the first director of Project Tiger despite the fact that he was not popular in the forest bureaucracy and many were irked by his working style and actions," says Mr Ramesh, a former environment minister during UPA-II.

"If Indira Gandhi persisted with him it was because she knew he was passionate about conservation and also incidentally, enjoyed the full backing of (her close friend and fellow nature-lover) Padmaja Naidu," he said.

He says that soon there was a mini-crisis confronting Project Tiger. "Moni Malhoutra, Indira Gandhi's key aide for environmental matters, discovered that Rs 20 lakh raised by World Wildlife Fund was about to be spent on an aircraft for use by the Project Tiger officials. Ms Gandhi was livid and wrote a letter to her ministerial colleague on May 25," he wrote in the book.

Mr Ramesh quotes Indira as writing in the letter, "I understand that the money which the World Wildlife Fund has raised so far for Project Tiger is being used to purchase a small airplane. Have we got our priorities wrong? I should have thought it is more important to get the project going on the ground than to spend so much money on an aircraft which will yield no direct benefit to the parks and their animals. An aeroplane would be a luxury which we can ill-afford."

This was not the end of the story, Mr Ramesh said and added, "Karan Singh, who obviously didn't get the message that the Prime Minister was sending, tried to justify his stance. This forced her to write to him a second time on June 28."

"You wrote to me on May 28 and June 22 regarding purchase of aircraft for Project Tiger. I have thought deeply over the matter and have considered the reasons you have urged but I still feel this proposal should not be pursued at this stage. I hope you will inform the World Wildlife Fund accordingly," Mrs Gandhi wrote.

"She got sucked into the whirlpool of politics but the real Indira Gandhi was the person who loved the mountains, cared deeply for wildlife, was passionate about birds, stones, trees and forests, and was worried deeply about the environmental consequences of urbanisation and industrialisation," added Mr Ramesh.

According to him, Mrs Gandhi used her political authority to save ecologically-sensitive areas from destruction like the Andaman and Nicobar Islands, the entire northeast and the rainforests in the Western Ghats. Mr Ramesh says she not only cared for tigers and fauna, but was worried about the fate of all species.

He then cites a letter which she wrote in the mid-70s to the then Manipur Chief Minister R K Dorendra Singh expressing her concern over the depleting population of the Manipur brow-antlered deer.