S.H.Raza: Odes to love, longing from the ‘bindu’ artist

The letters from the artist, who created works of art with his brush and his words, are scheduled to be published as a book later this year. 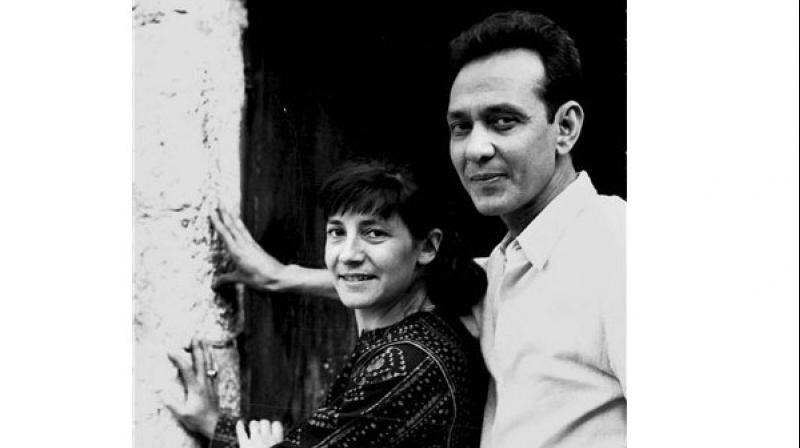 New Delhi: “You made me aware of a feeling that seemed foreign to me, that belonged to others, that I despised. That beautiful feeling of joy, which perhaps could also be mine.”

No, that’s not a romantic author or a poet expressing his deepest thoughts, but the late artist Syed Haider Raza in one of his letters to Janine Mongillat in 1953. Raza, who died on this day last year at the age of 94, went on to marry the French contemporary artist six years later and lived on in Paris for over half a century.

The letters from the artist, who created works of art with his brush and his words, are scheduled to be published as a book later this year. The letters of love and longing, now in the custody of the Raza Foundation, are a far cry from the ‘bindu’, ‘purush-prakriti’ and ‘nari’ concepts in geometric abstract works that propelled him to iconic status.

“You made me aware of, in all its plenitude, a feeling that I do not know how to describe, and which nevertheless shows itself in all my letters without my speaking about it.

“You have also made me aware of the exquisite sweetness of some moments, which I have often neglected or destroyed. How to write what they have become to me, I, who is consumed by the days and nights as they came, happy or unhappy, without knowing well the existence of this void,” he wrote in one letter.

Raza was born in 1922 in Mandala district of Madhya Pradesh to a forest ranger father. He took up drawing at the early age of 12 and enrolled at the J J School of Art in Mumbai (1943-47), before moving to Paris.