Newsmakers   24 May 2018  Meghan's beagle Guy was days away from being put down, here’s his fairytale story
Newsmakers

Meghan's beagle Guy was days away from being put down, here’s his fairytale story

'It's a fairytale, a real rags to riches story,' Dolores Doherty who had initially rescued him told a news agency. 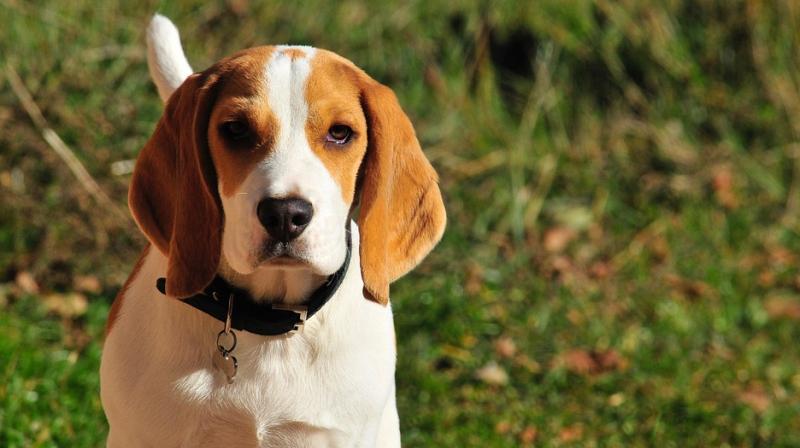 Last week The Queen is believed to have ridden to Windsor alongside Meghan's rescue dog. (Representational image/ Pixabay)

The brown and white beagle, Guy, who had moved in to Kensington Palace with the Duchess of Sussex last year was always known to be  arescue dog. However, new information has emerged revealing that Guy was days away from being put down before being rescued by Markle.

A Dog's Dream Rescue, the dog shelter in Toronto that took Guy in, has described how he was placed in a 'kill shelter' after being found wandering in the woods in Kentucky in 2015.

Volunteers from the charity organised for Guy to be driven across Canada to an adoption event where Markle spotted him and immediately took him home.

Speaking about it Dolores Doherty, who runs the shelter said that Guy was living in a shelter after being found lost in a Kentucky forest and is now living in a forest.

'It's a fairytale, a real rags to riches story,' she told AFP of the incredible story.

The beagle had only been in Canada for one day when Meghan, who was living in Toronto and filming her television series 'Suits,' spotted him at an adoption event.

According to Doherty, Meghan was on the lookout for a companion for her other dog Bogart, a German shepherd mix.

Doherty recalls that while they had shown Markle another dog whom they thought was a better match, she saw Guy and immediately wanted to take him home.

In November the rescue organisation took to Facebook to celebrate Guy's new life, upon reading that Meghan was engaged to Prince Harry.

'Well it's official! Spring of 2018 will mark the date that one of our rescued Beagles will become part of the royal family!' they wrote.

Last week The Queen is believed to have ridden to Windsor alongside Meghan's rescue dog.

A pooch bearing a striking resemblance to her beloved beagle, Guy, was spotted in the back of the monarch's car as she rode through Datchet.

It was spotted by Lainey Gossip in a video posted by MailOnline and shared widely on Twitter.

The bride-to-be took Guy with her when she relocated from Toronto to London last year to live with Harry at Kensington Palace.

However, she had to leave behind Bogart who was deemed to old to fly overseas.