Awarded by Queen, on advice of PM Theresa May, The Queen's Awards for Enterprise are UK's most prestigious awards for business performance. 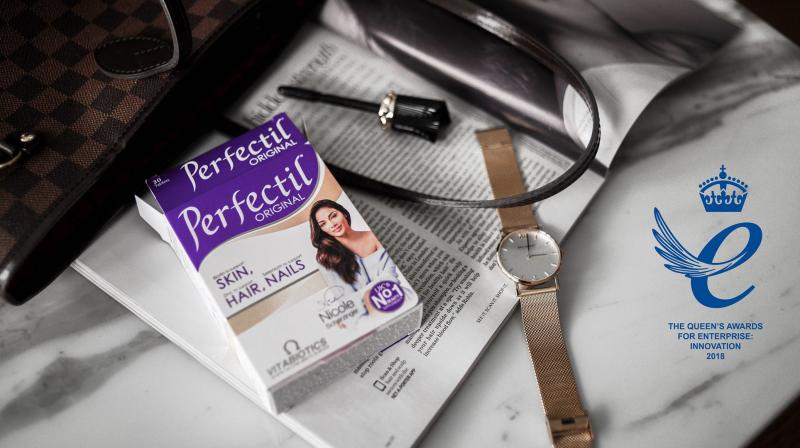 This is the first and only time that a vitamin company has received the award for innovation on two occasions. (Facebook Screengrab/ Vitabiotics)

London: Vitabiotics, UK's number leading vitamin company, has been honoured with The Queen's Award for Enterprise in Innovation for its Perfectil beauty Vitamin range.

Awarded by The Queen, on the advice of the Prime Minister Theresa May, The Queen's Awards for Enterprise are the UK's highest and most prestigious awards for business performance.

This is the first and only time that a vitamin company has received the award for innovation on two occasions. It marks the fourth Queen's Award that Vitabiotics has received, including The Queen's Award for Enterprise in Innovation for its Pregnacare V itamin research in 2013.

Vitabiotics' Perfectil is UK's number one nutritional supplement for skin, hair, and nails. It represents multiple innovations in the field of cosmetic science and nutrition, underpinned by a portfolio of granted and filed patents, as well as being the first choice of beauty experts and celebrities including Nicole Scherzinger.

A groundbreaking Perfectil clinical trial showed for the first time that supplementation can help to protect against the ageing effects of harsh winter weather on the skin.

Commenting on the new Queen's Award, Vitabiotics President Dr Kartar Lalvani OBE said, "Vitabiotics is immensely honoured to once again receive the Queen's Award for Innovation, in recognition of our unique and highly successful Perfectil research and innovation. This accolade is a testament to Vitabiotics and I would like to thank all of our dedicated staff, customers, suppliers and research partners for their continued support."

Vitabiotics' CEO Tej Lalvani said, "Over the last 45 years, Vitabiotics has consistently been at the cutting edge of nutritional thinking, translating emerging science into effective products, and has established a greater range of new original clinical research, as background support to its formulations, than any other vitamin company. We are all incredibly proud to have once again received this most prestigious award."