World's fattest man aims to reduce weight by half

"It's surgery that is going to be done in two parts. That is because of the high risk of complications he faces. 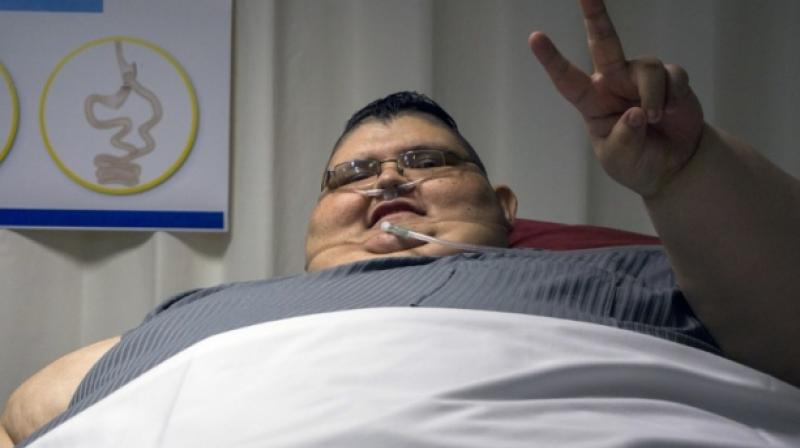 In the first procedure, surgeons will remove more than three-quarters of the patient's stomach (Photo: AP)

Mexico: A Mexican man believed to be the world's most obese plans to undergo gastric bypass in the new year and reduce his 590 kilos (1,300 pounds) by half, his doctor said Wednesday.

He said the man, who does not give his family names to media, would actually undergo a couple procedures along the way.

And in the second procedure, his remaining stomach will be partially blocked, helping to give a feeling of fullness. Juan Pedro would also undergo intestinal surgery, his doctor said.

Castaneda wants him to lose 59 kilos in the first six months, which alone reduces his risk of obesity-related cancer by 52 percent.

Juan Pedro, 32, has a good chance of losing half his body weight by about six months after his first surgery, according to his medical team.

"Slowly but surely, I'll get there," Juan Pedro told reporters.