'A pioneer in music therapy' 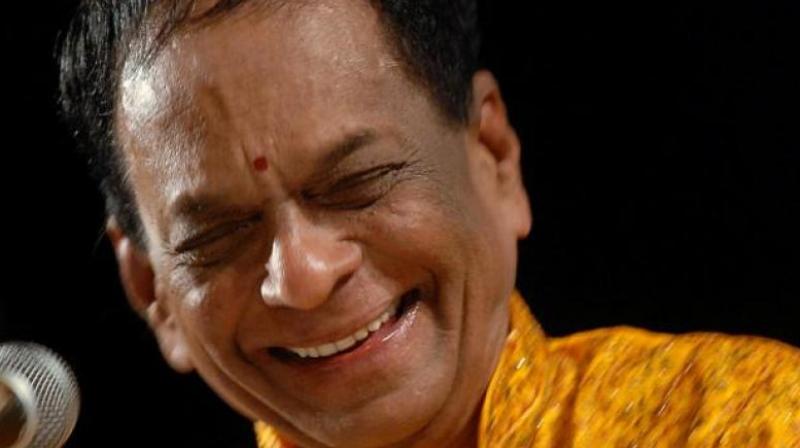 File photo of Veteran carnatic musician M. Balamuralikrishna who passed away in Chennai on Tuesday.

It was Balamuralikrishna uncle who inspired me to pursue music therapy. My father, eminent musician Sirkazhi Govindarajan, and he were good friends. Both of them played a major role in the success of Thyagaraja Aradana in Tiruvaiyaru.

I was fortunate enough to interact with him since my childhood. Knowing that I was a medical student, he used to motivate and encourage me to do research in this field. It is believed even now the hymns rendered by Appar, Sundarar, Gnanasambandar and Manikavasagar (Saivite saints of the 7th-century) have power to cure ailments. Music therapy has been there for ages because only musicians can make the audience glued to their seats forgetting their pain (if any) for three to four hours. Kutcheris can be called mass therapy offering wholesome treatment to body and mind. But it was Balamuralikrishna uncle who pioneered the concept of “music therapy”, based on ragas. It was during his period that the UK and the US were turning towards us seeking music therapy for special children. And at the same time, the concept gained popularity in India.

The Raga Research Centre (started by late violinist Kunnakudi Vaidyanathan) in Chennai makes in depth study of ragas and studies their threapeutic value with the help of musicians, doctors and psychiatrists.

— Dr Sirkazhi Sivachidambaram, Well-known vocalist and a Padma Shri recipient
(As told to B. Vijayalakshmi)