The heartwarming moment when he heard the heart beat inside the man's chest was captured in a video. 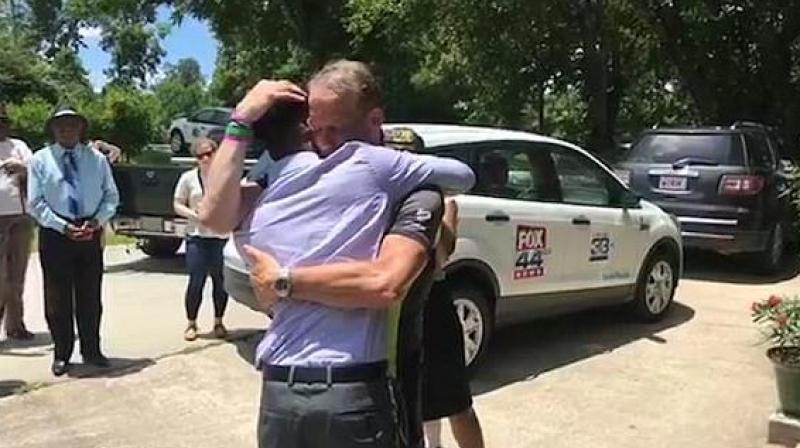 The father cycled 1400 miles for the meeting (Photo: YouTube)

Losing a loved one is certainly a devastating experience in life, but it’s always heartening to know that even after death the person passed on the gift of life to someone through organ donation. A father experienced this moment and was overcome by emotions in a heart wrenching video.

Bill Conner lost his daughter Abbey to irreversible brain damage after she was found unconscious in a pool at a resort when she was just 20. Her organs were harvested over the next few days and four men aged 20 to 60 were saved by this.

Five months after her death, Bill Conner cycled 1400 miles from Wisconsin to Baton Rouge on Father’s Day to meet one of the men and hear his late daughter’s heart beat inside his chest. Conner could be seen breaking down after listening to heartbeats with a stethoscope and both men can be seen crying together.

The heart was donated to Loumonth Jack Jr who had 10 days to live after suffering a heart attack when he was saved by Abbey’s heart. Conner said he could feel Abbey was alive inside with the heart beating.