Varun Dhawan has been in the news ever since he began work on his upcoming movie ‘Kalank’. 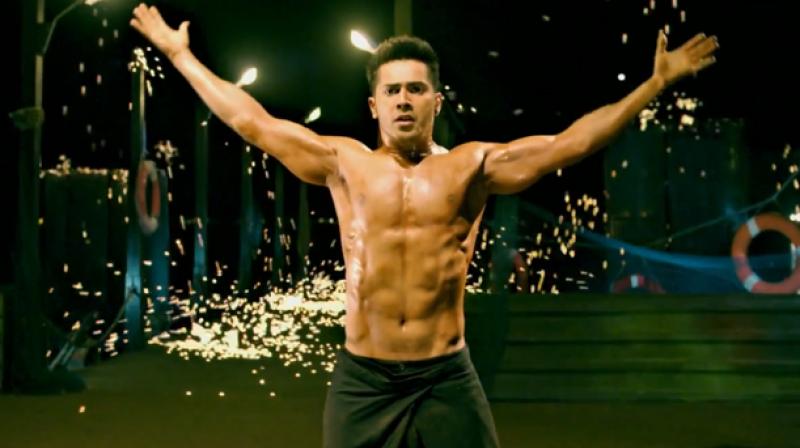 Varun Dhawan in a still from 'ABCD 2'.

Varun Dhawan has been in the news ever since he began work on his upcoming movie ‘Kalank’.

From visitors on the sets to his workout videos, Varun has always been in the limelight since the shoot began.

The actor, who seems to love challenges, which can be seen by his role as Dan in ‘October’, has now shot with 500 dancers.

Interestingly, the dance number is choreographed by Remo D’Souza, who promises that the dance film with Varun and Katrina Kaif will be the biggest, and has already started work on making the movie into 4D experience.

That video had a connection to this film, since it was most probably shot when Kiara was rehearsing for the song with Varun himself.

“Varun began his rehearsals with Remo’s team four days before shoot and Kiara joined him on the last two days. In between shots, the actor would catch up on his workouts in a gym specially built on set,” informed a source to Pune Mirror.