Mad About You director Gordon Hunt passes away at 87

The veteran star died on December 17 at his home in Sherman Oaks, after battling Parkinson’s disease. 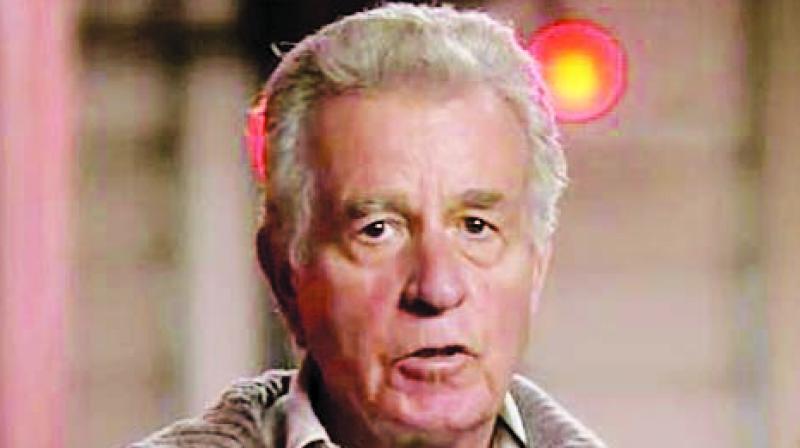 Los Angeles: Gordon Hunt, who directed hundreds of cartoons for TV as well as sitcoms including Mad About You, which starred his daughter and Oscar-winner Helen Hunt, has passed away. He was 87.

The veteran star died on December 17 at his home in Sherman Oaks, after battling Parkinson’s disease, Helen confirmed to the Hollywood Reporter. “He was a master of reinvention, a journeyman artist. He knew and taught that the work doesn’t always find you. You need to create and re-create the work every day,” Helen said.

Starting in the early 1980s, Hunt, who had served for years as the casting director at the Mark Taper Forum in Los Angeles, spent about a decade at the famed animation house Hanna-Barbera. He went on to work as the recording director on cartoons featuring The Smurfs, Richie Rich, The Jetsons, Super Friends, The Flintstones, Scooby-Doo and many others.

In the 1990s, Hunt transitioned to network sitcoms and directed 31 episodes of NBC’s Mad About You. He won a Directors Guild of America Award award in 1996 for helming an installment of the acclaimed series that featured Carl Reiner reprising his role as Alan Brady from The Dick Van Dyke Show.

He also worked on numerous video games including Pandemonium, the God of War series, Lair, Final Fantasy XIV, Blur, the Legacy of Kain series and Uncharted. He is survived by his wife B J Ward, a voice actress, daughters Helen and Colleen Morrison, grandchildren Makena Lei Gordon Carnahan, Emmett Carnahan and Lizze Gordon and siblings Peter and George Hunt.