The Panama Papers leak in April -- an unprecedented data dump -- triggered much of the outrage early in 2016. 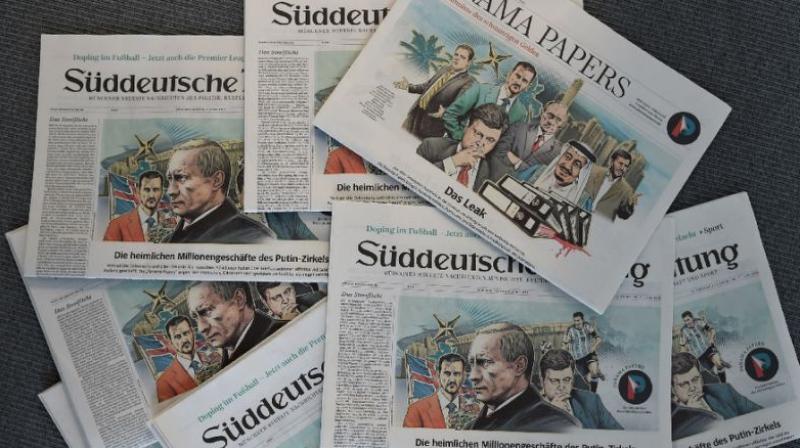 Several issues of the newspaper dated April 4, 2016 about the "Panama Papers" with illustrations by German artist Peter Hoffmann are seen on April 7, 2016 in Munich, Germany. (Photo: AFP)

Panama City: From the Panama Papers to the impeachments of the presidents of Brazil and South Korea, 2016 was a year marked by corruption scandals, and by rising public outrage over graft.

The question is, will that translate into a lasting demand for cleaner politics?

"A new phenomenon" is being seen, said Jose Ugaz, a renowned Peruvian lawyer and the chairman of Transparency International, a Berlin-based anti-corruption watchdog, who expressed cautious optimism.

"What we are facing today is very different to what we were facing 27 years ago," when Transparency International was founded, he said.

"I think it has been a difficult year -- but at the same time, it gives hope for the future."

The Panama Papers leak in April -- an unprecedented data dump -- triggered much of the outrage early in 2016. Offshore companies used by many of the world are famous, wealthy or powerful, or kin or aides close to them, were exposed.

Among them were the leaders, or relatives of the leaders, of Saudi Arabia, China, Malaysia, Syria, Pakistan, Argentina and Ukraine.

Also implicated was a close friend of President Vladimir Putin, as well as current or former government officials in Europe, Africa, Asia and the Middle East -- more than 140 politicians and public officials in all.

China, although in the midst of an anti-corruption drive that has netted more than a million officials, suppressed the Panama Papers information relating to Xi's family in domestic media and online forums.

That bolstered suspicions among observers that relatives of the Communist Party elite remained untouchable in the crackdown on graft.

"There is a double standard," said Willy Lam, professor of politics at the Chinese University of Hong Kong. "The publication of the Panama Papers reminds us of the rapid expansion and power of transparency," the head of the

He urged more transparency, stressing that "corruption is, quite simply, stealing from the poor."