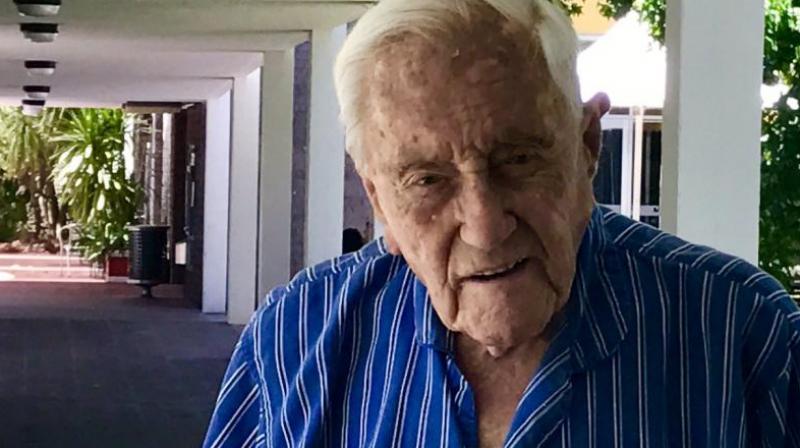 Melbourne: A 102-year-old Australian ecologist, the country’s oldest working scientist, has won a battle to keep working on campus at an Australian university.

Dr David Goodall was ordered to work from home next year after his presence at Western Australia’s Edith Cowan University was deemed a safety risk. But the university has now found an alternative workspace.

Australia’s oldest working scientist, Goodall has produced more than 100 research papers in an ecology career spanning 70 years. He is currently an unpaid honorary research associate. After two decades at Edith Cowan University, Goodall was told in August to pack up his office when staff raised concerns about his safety.

It was another setback for the ecologist, who was recently forced to give up theatre when his declining vision prevented him from driving to rehearsals. The university confirmed “better” office space has been found at a campus closer to Goodall’s residence. “I am pleased we have found a solution that will ensure David can continue to be based at ECU,” vice-chancellor Steve Chapman told the BBC.

Goodall said he was grateful the university was able to accommodate him. “I hope to continue with some useful work in my field in so far as my eyesight permits,” he told the ABC. “But I still think the emphasis on safety was unnecessary,” the centenarian scientist added.