Produced by Aditya Chopra, the film is set to hit theatres on December 13. 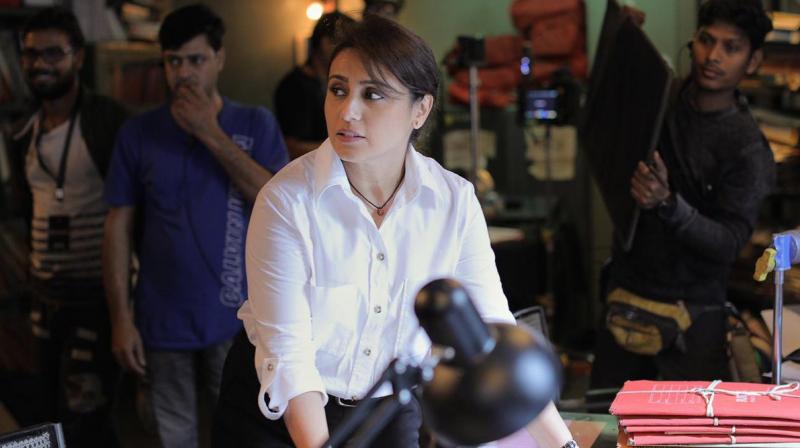 New Delhi: Rani Mukerji is returning as "unstoppable" inspector Shivani Shivaji Roy in her upcoming film 'Mardaani 2' and to take forward the hard-hitting message of the movie, she will be attending the day-night Test between India and Bangladesh on Friday at Kolkata's iconic Eden Gardens.

Given that she will be in the city of joy on the same day as the inaugural Pink Ball Test Match, it also gives a big opportunity to the makers to disseminate the film's message.

"Rani will be at Eden Gardens when India takes on Bangladesh for the first test match to be played with the pink ball. Since she will be anyway in the city to promote Mardaani 2, this gave the team a huge opportunity to spread the message of the film to everyone who would be watching this much-hyped match," revealed an informer.

Confirming the same, Rani added, "This is the first time I will be watching a match at Eden gardens, I have always heard from my parents that the atmosphere at Eden is electrifying. It's going to be quite an experience for me to watch it live."

She even hoped of taking back numerous memories from the place and said, "It's another happy occasion since I am going to be presenting the message of 'Mardaani 2' to the people present there and million others who will be watching the match through the broadcaster."

The upcoming chilling thriller is the sequel to the 2014 film 'Mardaani' and will see the 41-year old in a race against time to capture a brutal serial rapist who systematically targets women.

Produced by Aditya Chopra, the film is set to hit theatres on December 13.