The last ball of the 4th over of the Knights’ innings (bowled by Wiese), which was smashed to the boundary, was clocked at 173.8 kmph. 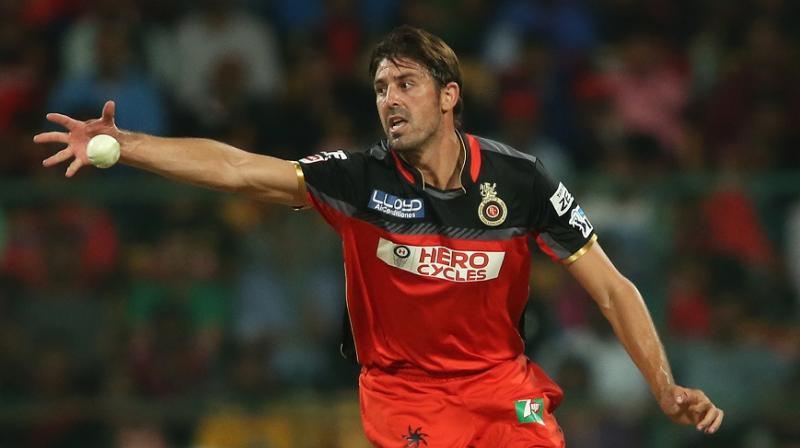 Despite David Miller’s heroics, it was David Wiese, who grabbed all the headlines in CSA T20 Challenge match. (Photo: BCCI)

Mumbai: David Wiese stole the show in the Titans’ CSA T20 Challenge match against Knights despite the fact that it was David Miller who scored a blistering 120 runs off just 61 balls.

Wiese put in a decent performance, as he took two wickets at a relatively low economy rate of 6.75 runs per over, and scored a quick-fire 34 off 15 balls, to help his side win the match. However, it was one particular ball that grabbed all the headlines for the 31-year-old medium-pacer.

The last ball of the fourth over of the Knights’ innings (bowled by Wiese), which was smashed to the boundary by Miller, was clocked at 173.8 kmph.

According to reports, a technical glitch with the speed gun was the reason why Wiese’s delivery clocked at 173.8 kmph.

The fastest ball correctly measured in cricket was bowled by Shoaib Akhtar. The ex-Pakistan paceman clocked-in at 161.3 kmph.

Wiese, who normally bowls around the 130kmph-mark, himself joked about the incident on Twitter. 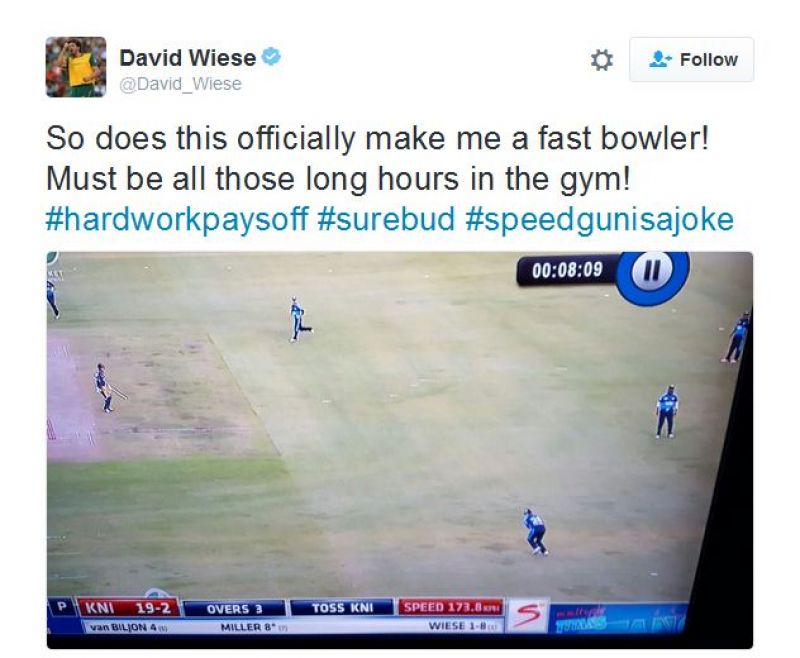 This is not the first time that a speed gun glitch wrongly recorded the speed of a bowler’s delivery. Earlier this year, South Africa paceman Morne Morkel’s ball was recorded to be a little faster than Wiese’s due to a technical glitch – 173.9 kmph.