Student becomes rich overnight, his firm that could help diabetics sold for millions 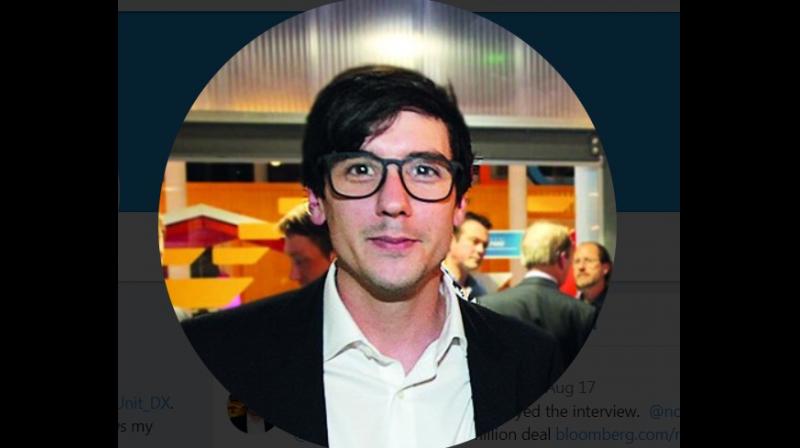 Dr Destecroix, 31, took to Twitter to reveal that he was ‘really excited’ by the deal. (Twitter Screengrab/ @H_Destecroix)

A university student pursuing his PhD degree is all set to become a millionaire after his biotech company was sold for more than £620million to a global healthcare giant.

According to a report published in MailOnline, Ziylo - a firm created by Professor Anthony Davis, his PhD student Harry Destecroix and businessman Tom Smart - has been bought by Novo Nordisk of Denmark.

The University of Bristol said the deal for its spin-out firm could transform diabetes treatment by leading to the world's first glucose-responsive insulin being developed.

As the majority stakeholder in the firm with 23 per cent, Dr Destecroix could stand to make £143million from the deal.

According to the Companies house shareholders document, Professor Davis stands to make slightly more with more shares to his name.

Dr Destecroix, 31, took to Twitter to reveal that he was ‘really excited’ by the deal.

Thanks, @GREATBritain. Science is Great! https://t.co/cZSQGlENjL

The company is owned by its investors and directors, including Dr Destecroix – and £623million is the total potential deal value over ten years.

More than 382million people worldwide are said to have diabetes.

Everyone with Type 1 diabetes and some people with Type 2 diabetes needs to take insulin, either by injection or a pump, to control their blood glucose levels.

Ziylo has developed technology which could help enable the next generation of insulin which would be able to react and adapt to glucose levels in the blood.

This would eliminate the risk of dangerously low blood sugar levels, known as hypoglycaemia, and give people with the condition better metabolic control.