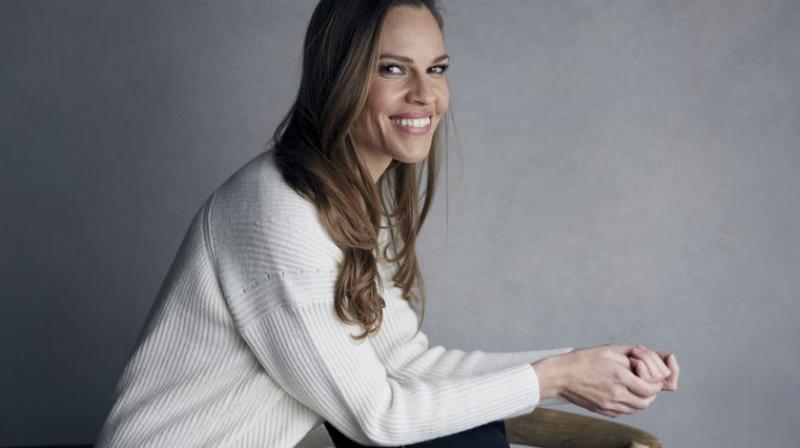 The embroidered frock took 150 hours to create, including a 19 foot long tulle for the veil and it took 70 hours for the embroidery alone. (Photo: AP)

Hilary Swank began dating Philip Schneider in 2016, after she called off her engagement to professional tennis player Ruben Torres.

Now, according to a report in MailOnline which cited Vogue, the couple have officially tied the knot.

The actress, 44, donned an Elie Saab Haute Couture Atelier dress for the nuptials, which took place at the Saint Lucia Preserve in Carmel, California.

According to reports, the designer dress featured organza silk and chantilly lace as well as chiffon elements.

The embroidered frock took 150 hours to create, including a 19 foot long tulle for the veil and it took 70 hours for the embroidery alone.

According to Vogue, Hilary walked down the aisle with her father Stephen Swank to the song Two Sunsets by Ludovico Einaudi - beneath trees that were over 800 years old.

Her maid of honor was her best friend, actress Mariska Hargitay while Philip chose his dad Phil as his best man.

Philip's best friend actor Misha Collins read an original poem he penned for the occasion, according to the magazine.

Hilary told Vogue her wedding was 'timeless,' adding: 'There is just no other way to describe it.'