From film's location scouting to Disha Patani's training, Ali has been sharing various insights on Twitter. 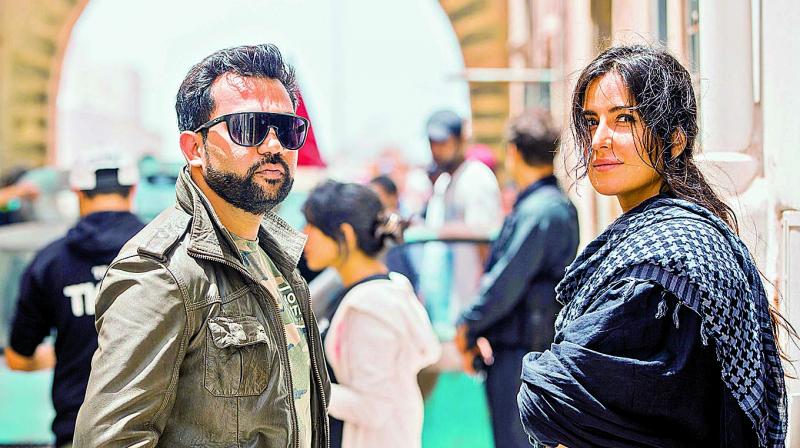 Ali Abbas Zafar, director of Tiger Zinda Hai, with Katrina Kaif, on the sets of the film.

Zafar, whose previous two outings with Salman - 'Sultan' and 'Tiger Zinda Hai' - received a thunderous response at the box office, took to Twitter to seek blessings.

Right after the post, Katrina Kaif commented ‘Congrats buddy’. Kat and Ali share a special relationship. They worked together in their last hit ‘Tiger Zinda Hai’ and were even spotted together at the Iftaar party held a few years back.

Salman and Priyanka were last seen together on the silver screen in 'God Tussi Great Ho'. The duo has also done hit films like 'Salaam-E-Ishq' and 'Mujhse Shaadi Karogi'.

Their fourth film, 'Bharat', is already amongst Bollywood's much-awaited projects since it was announced earlier this year.

From the film's location scouting to Disha Patani's training, Ali Abbas Zafar has been sharing various insights from the film with his fans on Twitter.