Life should be without regrets, say runners-up Miss India 2018 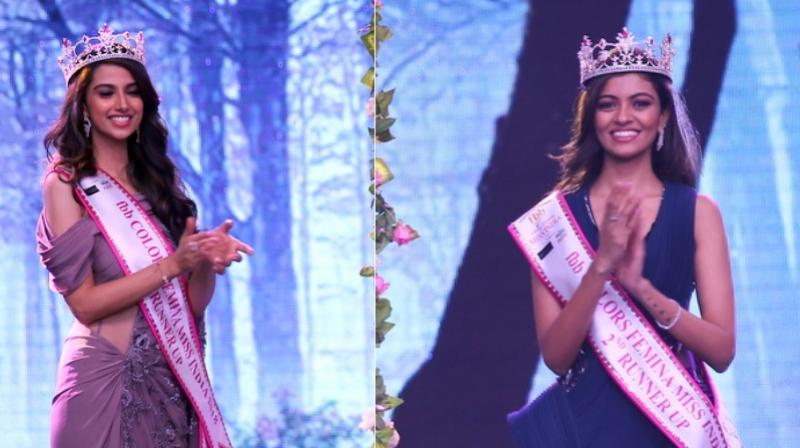 Both girls gush that they are trying to pinch themselves into believing they actually won.

Anukreethy Vas from Tamil Nadu may have won the crown for Miss India 2018, but she is not the only one.

Meenakshi Chaudhary from Haryana and Shreya Rao Kamavarapu from Andhra Pradesh were declared the first and second runners-up respectively. A doctor and an architect, the confident youngsters are both elated at having won the prestigious title.

Speaking to this correspondent the two winners say that the entire episode feels like a dream.

While Chaudhary is happy that she was able to turn it into reality, Rao quickly adds, “The feeling is yet to sink in.”

Both girls gush that they are trying to pinch themselves into believing they actually won.

Ask them about their journey and both Chaudhury and Rao say that it has been nothing short of an adventure.

Chaudhury elucidates, “Everyone is fighting for that one elusive crown. All the contestants are putting their best foot forward. The journey taught each one of us, as individuals, what it takes to reach the apex position and it is not easy at all.”

Rao too agrees with Chaudhury before adding that the entire journey is about picking at your strengths and weaknesses till you emerge with a whole new persona.

Ask Chaudhury if Manushi’s win added any extra pressure on her (since both represent the same state) and she quips, “Expectations are always there, no matter which state you are from. At the end of the day everyone is fighting for that title.”

She elaborates that Haryana had won Miss India and then Miss world last year so there were certainly some expectations.

However she adds that it only inspired her to put in that extra bit more.
“The level was already set high. I could not bring that down. Am glad it actually worked out.”

Ask them if being a part of the pageant was something they ever dreamt of, both girls share that wearing the crown is every woman’s dream.

While Chaudhary explains that being a bookworm, her decision had shocked friends and family alike, Rao adds that she had to convince her parents to let her participate.

“Armed with an architecture degree, my parents were aghast when I first told them of my decision. However, having seen the entire process, they came to realise that the competition is indeed a confluence of beauty with brains.”

As for their words of advice to aspiring youngsters, Meenakshi says, “Never be bogged down by what people think about you. It is your life and you have one life only. It is all about grabbing every opportunity that comes your way and giving all your dreams a shot. There should be no regrets.”

Rao adds, “Follow your dreams. It is never too late to convince people around you if you really believe in something.”