Sharma was a former Australian ambassador to Israel and had claimed the seat of former Prime Minister Malcom Turnbull. 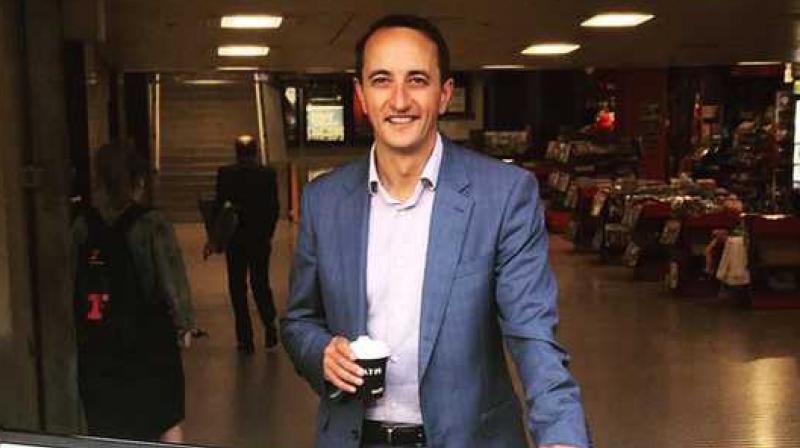 Melbourne: Dave Sharma, the Liberal candidate and former Australian ambassador to Israel, has scripted history by becoming the first Indian-origin lawmaker in the country's Parliament after winning a seat in Sydney suburb in the federal election.

Australian Prime Minister Scott Morrison is close to securing a majority government as the election's final results are being counted.

His conservative coalition has defied polls and is leading with 77 seats, the Australian Electoral Commission says. Only 76 seats are needed for a majority.

Sharma, who had lost to Phelps in a by-election six months ago, claimed the seat of Wentworth with 51.16 per cent of the vote.

"Very humbled by the trust placed in me by the people of Wentworth. Look forward to being a voice for them in Parliament and the party room," Sharma said in a tweet.

He said the three main issues he wanted to focus on were national security, female workforce participation and making sure Australia remains at the high end of the value chain.

Sharma, who was Australia's ambassador to Israel from 2013 to 2017, also brushed aside questions as to whether he will be given a position in Prime Minister Morrison's new Cabinet.

"I'll be concentrating my time over the next weeks, months and years to being a good local representative," he was quoted as saying by The Sydney Morning Herald.

"I'll be helping to protect open spaces and parklands, fight for better local infrastructure and transport, helping preserve the wonderful quality of life we have here in Wentworth," he said.

Sharma also paid tribute to former prime minister Malcolm Turnbull, whom he described as a "good friend". Turnbull was criticised by colleagues for not helping Sharma campaign in the by-election.

Born to a father of Indian heritage and an Australian mother, Dave's family settled in Sydney in the 1970s.

Over 10 Indian-origin candidates contested this year's federal elections in Australia where the Indian diaspora continues to grow and has touched more than 700,000.

Other Liberal candidates who contested but lost were Vivek Singha and Sachin Joshi from New South Wales and Hemant Dave from South Australia.

"It is a matter of time before we have an increased representation of Indians in the state and federal parliament," Kaushliya Vaghela, the first India-born Member of Parliament in Victoria said.

She said though the task of cracking into Australian politics was a difficult one for the first generation migrants , there was a need for Australian Parliament, at both state and federal levels, to be reflective of the diversity.

Stating that the scenario was slowly changing, Vaghela who arrived in Australia as international student over two decades ago, said, "I am the classic example of that. I'm the first generation migrant to become an MP last year".

"As Indian population increases in Australia we will have more people participating in politics, leading them to Parliament," she said.

Despite the losses, the Indian diaspora has been actively involved in election campaigning for their respective parties and raising funds.

Vasan Srinivasan, a member of the Multicultural Australia Council and a former Liberal party candidate, said the Indian community was a significant and growing community in Australia and Liberal party had promised a USD 2.5 million specifically for Indians in Victoria and Perth.

Srinivasan said the party promised a USD 100,000 each for Khalsa Punjabi School and Vedanta Society ahead of the elections.

It said that if re-elected it would offer cheaper long stay parent visa scheme, USD 4.5 million for the Building Multicultural Communities programme and millions of funds for language school and arts and festival programmes.

Labor Senator from Tasmania Lisa Singh with Indian-Fijian ancestry was the first to enter Australian Parliament.