The new initiative will attract greater foreign investment and stimulate the local economy. 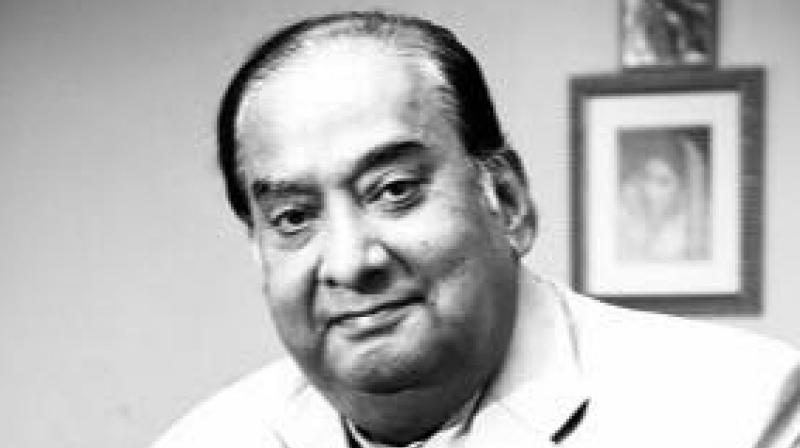 'It is really a very good initiative for the investors who bring up the economy. This will encourage more investors to make investments here,' Shroff said.

Dubai: Two Indian businessmen Vasu Shroff and Khushi Khatwani on Tuesday were issued a 10-year-visa of the United Arab Emirates (UAE) under the Gulf nation's long-term residency scheme to woo investors and talented students, according to a media report.

The two have become the first in the community to be issued a 10-year-visa.

The 10-year visa scheme was rolled out in January and some Arab scientists and experts in the medical field were the first ones to receive it.

"I got a call from the office (GDRFA), inviting me to visit him. I went there at 1 pm and within five minutes they issued the 10-year visa for me," Shroff was quoted by the Gulf News.

"It is really a very good initiative for the investors who bring up the economy. This will encourage more investors to make investments here," he said.

Shroff, a textile magnate and recipient of Pravasi Bharatiya Samman, India's highest award for non-resident Indians (NRIs), said people from around the world are waiting for The Expo 2020 and with such initiatives by the government, it will prove to be one of the best countries in the world.

He said more Indian businessmen were expected to get the 10-year-residency, considered as a first step towards obtaining permanent residency.

Khatwani, who is known for his entrepreneurship in the field of movies and jewellery, said the move gives a sense of belonging to the country.

"You feel relaxed and it becomes hassle-free. This will offer more convenience and comfort to investors," he said.

Consul General of India in Dubai Vipul welcomed the move and congratulated the duo.

"I am very happy about this. It is a great step from the government of UAE. People who had to renew visas every two or three years are getting a longer duration. That will make life easy for prominent Indian businessmen and investors here," he said.

The UAE on Tuesday launched a permanent residency scheme, the "Golden Card", to attract investors and "exceptional talents" such as doctors, engineers, scientists, students and artists.

It offers unprecedented benefits to the card holders and their families while creating an attractive environment for business and growth.

The new initiative will attract greater foreign investment and stimulate the local economy, making it more efficient and attractive for investors. It will also increase the UAE's competitiveness and reaffirms the country's position as a global incubator.