Najima is a candidate of PRJA party of Irom Sharmila and is contesting from Wabgai constituency. 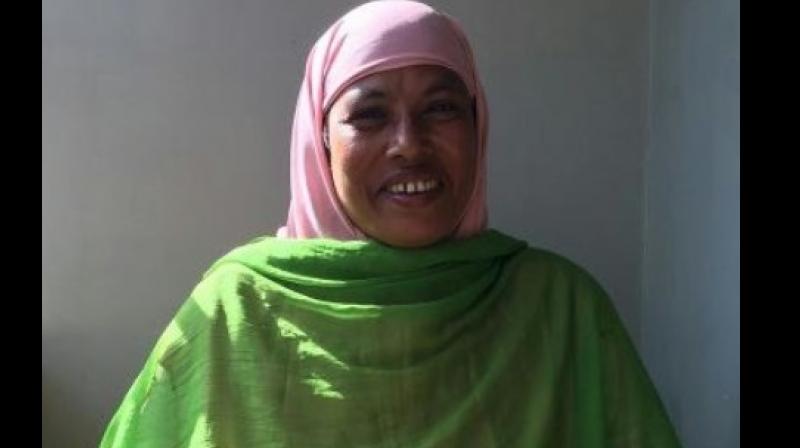 Imphal: Despite a fatwa being issued against her for contesting election, Manipur's first Muslim woman candidate Najima Bibi said she wants to continue her fight against domestic violence and work for uplift of Muslim women.

"I am not bothered about my life, but as long as I live I will continue my fight against domestic violence and in favour of social uplift of the Muslim women in the society. My life has been a struggle since childhood, I am not afraid of any threats," Najima Bibi told PTI.

Najima is a candidate of PRJA party of Irom Sharmila and is contesting from Wabgai constituency. Najima said she was attracted by Irom Sharmila’s 16 year old fast against AFSPA and when she formed a political outfit, she decided to join her.

"Irom’s fight has always fascinated and inspired me. Her relentless fight against all odds is an example of how strong a Manipuri woman can be. So when she decided to join politics I decided to stand shoulder to shoulder with her.

"If I become an MLA, I have policies and vision for education, women's issues, against AFSPA, for small scale employment generation and so many other things, which I want to use to help the society we live in," Najima said.

Mamang Leikai, have publicly announced that Najima Bibi will be given no "kabar" or burial ground after her death. The people of the village are even discouraged to talk to her because of her political involvement.

"What I do in my lifetime is important, if I am able to work for the upliftment of women in my society, it would give me more peace. What will I do by knowing what is being done to me after my death," she said.

Najima said there are certain sections of people with orthodox mentality who have always come in her way of work.

"When I used to travel on cycle to the meetings, people used to make fun of me. So when they made fun of me, I instead got encouraged. There is something special in what I am doing, which they can’t handle, that is why they are making fun of me", she added.

Najima’s journey has been relentless. She fought odds at every step and today she is the first ever Muslim woman to contest the Assembly elections in Manipur.

From being the only girl in her class and the first girl in the family to complete her 10th standard amidst the taunts and harassment in the school, she has come a long way.