The images which were shot in the 22-year-old's native upstate New York home by Heather Hazzan showed the size 14 model look flawless. 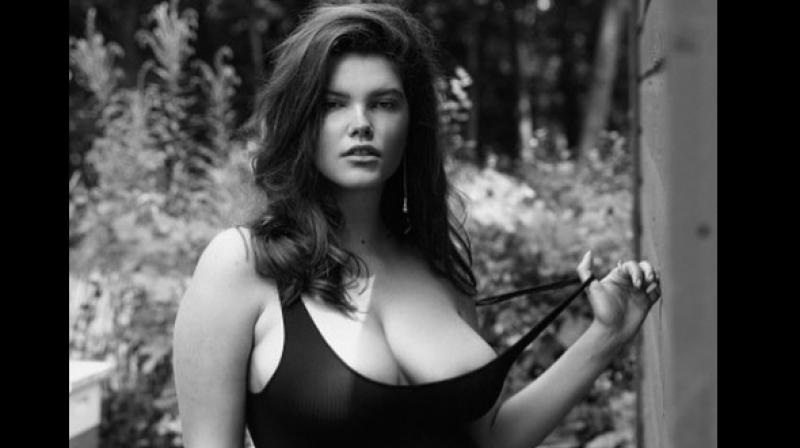 Molly who has walked the runway with the likes of Ashley Graham, was named one of the Vogue Rising Model Stars in 2017.  (Photo: Instagram/Playboy)

Playboy magazine is synonymous with images of glamorous, scantily-clad (or not at all) skinny models, but it seems the men's magazine is taking a new turn with a risqué photoshoot featuring plus-size model Molly Constable.

The images which were shot in the 22-year-old's native upstate New York home by Heather Hazzan showed the size 14 model look flawless in a natural, almost no-makeup look.

Molly is well-known for posting makeup-free, unedited pictures for her 24,000 Instagram followers.

Playboy has broken a lot of barriers this year, in early 2017 the magazine in a bid to celebrate ageing and remind people that beauty is timeless got seven older models and former Playmates to re-create their iconic covers.

They also featured their very first transgender model on the cover this year.

Molly who has walked the runway with the likes of Ashley Graham, was recently featured in Harper’s Bazaar and Love and named one of the Vogue Rising Model Stars in 2017.

Constable spoke to the Daily Mail about how she faced criticism for her weight and how the fashion industry lacked diversity, "I have had makeup artists throw jabs at me for having stretch marks and them having to cover them up.

"Your weight is not important. It’s how you act toward people and feel on the inside."

However, in an interview with Vogue India she admitted that the industry was gradually becoming more inclusive, "Everyone is starting to celebrate themselves unapologetically. At size 14, I didn’t think modeling a possibility."

Kudos to Molly for looking absolutely stunning, and not needing any makeup either. But props to Playboy for not only breaking the mould but also getting rid of gender, age and size boundaries!