Newsmakers   21 Nov 2016  I have nothing else but India: Taslima Nasrin
Newsmakers

I have nothing else but India: Taslima Nasrin

She expresses these thoughts in her memoir Exile, translated from the original Bengali version Nirbasan by Maharghya Chakraborty. 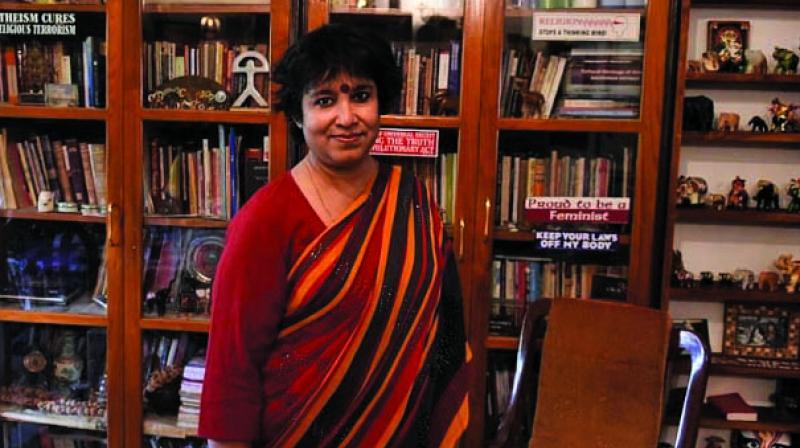 New Delhi: Bangladeshi author Taslima Nasrin says she had to intentionally defy all bans and threats to return to India despite being forced to leave as she has “nothing else but India”, which she hopes will encourage free thought one day. She also wishes that neighbouring countries learn from India’s example and be inspired on knowing the meaning of freedom of speech.

She expresses these thoughts in her memoir Exile, translated from the original Bengali version Nirbasan by Maharghya Chakraborty and published by Penguin Random House. In fact, she wrote Exile nearly five years ago.

In the book, Nasrin mentions the series of events during her seven-month struggle “leading to my ouster from West Bengal, then Rajasthan and eventually India, my house arrest, and the anxious days I had had to spend in the government safe house, beset by a scheming array of bureaucrats and ministers desperate to see me gone”.

She says she was then like a lone, exiled, dissenting voice against the entire state machinery with only her wits and determination at her disposal.

“Despite being forced to leave, I have eventually cocked a snook at all the prohibitions and bans and threats, and come back to India. I have come because I have nothing else but India, and because I hope India will one day truly encourage free thought.

“I wish to live in this country and be allowed the freedom to express my opinions even if they are contrary to others. I wish for the neighbouring nations to learn from India’s example and be inspired, they who yet do not know the meaning of freedom of speech,” she writes.