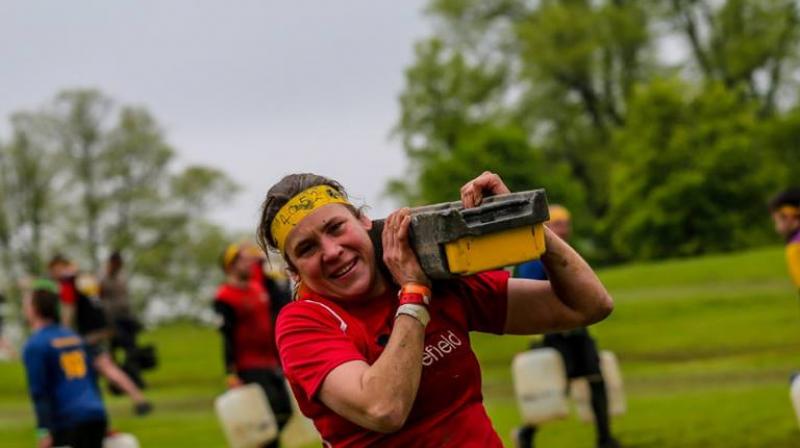 Crippled by Cystic Fibrosis (CF) there was a time when 53-year-old Janka Penther left her household, barely able to travel and needed constant support to breathe. She was so unwell that the lady even contemplated ending her life – a move her father supported. Yet, a driven desire to go surfing again prompted Ms panther from Witney Oxfordshire, underwent a successful lung transplant.

Just a few days back, she ran the ‘Rat Race Dirty Weekend’ where racers have to negotiate 200 obstacles including water crossings, monkey bars and climbing walls in what is thought to be one of the world’s toughest assault course.

The restaurant worker, who completed the course in eight hours said, “My message is this; grab life by the horns and dare to do things.”

Penther admits that there were times she almost quit but says that it was awesome to finish and it was on eof the best days of her life.

Penther goes on to say, “It is rare for a lung transplant patient to be able to run 20 miles. It's just silly. I asked around and I don't know of anyone who's ever done anything similar.”

Speaking about her condition Penther adds, “I want to show other CF patients that you can overcome your difficulties.”

“For me, running the Rat Race is about freedom and a love for life. For someone else it's a walk down the hill.”

Before the transplant, Ms Penther had considered assisted suicide to put an end to her daily misery.

She said, “I talked to my dad about Dignitas. I became a member of Dignitas, paid my enrolment fee and also the annual membership fee. I spoke to everyone about it, and while my mum found it hard my dad agreed.”

While her friends were off getting ,married and starting families, Penther contemplated lung transfer.

After initially turning down a lung transplant out of fear it would make her even more ill, Ms Penther had a change of heart.

“I did tell my dad, ‘I don't know if I can do this - maybe we're going to have to go to Switzerland anyway’. I was too ill to even sit in the garden,” she says, adding, “All I could think was, ‘If I don't get these lungs, I'm suffering for nothing.’ There were days when I just couldn't face living.” But she admits that she always felt that maybe the next day would be better. Penther had the operation in 2013 and received the lungs of a woman who had died at 23 of unknown causes.