Europe has 8 of world’s top 10 most pleasant cities, Germany, Switzerland each have 3 while New Zealand, Canada and Australia have 1 each. 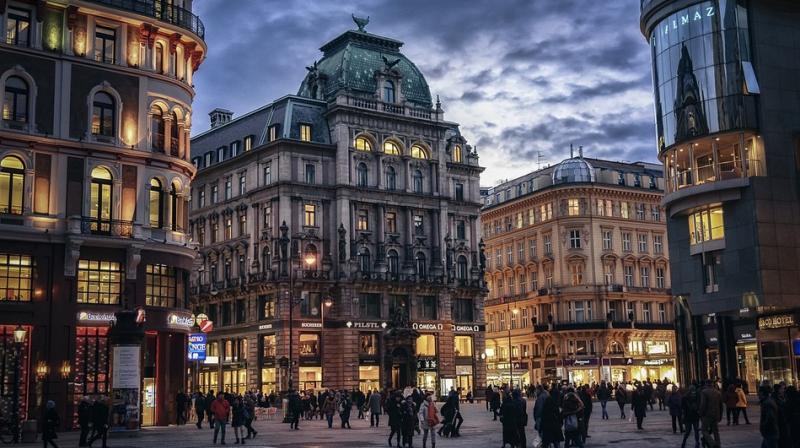 With a population of 1.8 million, Vienna topped the survey for the ninth year in a row. (Photo: Pixabay)

Vienna: Austria’s capital Vienna once again defended its position as the city offering the best quality of life in the world, while Iraq’s capital Baghdad remains the worst in an annual survey from consulting firm Mercer.

Europe has eight of the world’s top 10 most pleasant cities: Germany and Switzerland each have three cities in the top 10, while New Zealand, Canada and Australia each have one.

With a population of 1.8 million, Vienna topped the survey for the ninth year in a row, boasting a vibrant cultural scene, comprehensive healthcare and moderate housing costs.

Vienna is followed by Switzerland’s Zurich and then New Zealand’s Auckland and Germany’s Munich in joint third.

Vancouver, ranked fifth, offers the best quality of living in North America. Singapore at 25 and Montevideo at 77 topped the Asian and Latin American places. The best African entry on the list was South Africa’s Durban in 89th place.

A year before Britain is expected to leave the European Union, its highest ranked city, London, fell one rank to 41 in an annual comparison.

“Cities in the UK continue to rank highly for quality of living, and remain attractive destinations for multinationals and their employees,” said Kate Fitzpatrick, Mercer’s Global Mobility Practice Leader for Britain and Ireland.

Over the past 20 years, living standards increased the most in some eastern European cities such as Sarajevo, now at 159, and Bratislava, at 80, the report said.

“As a result of increased living standards, a competitive labour market and talent availability, many of these cities have started attracting multinational businesses setting up new operations,” said Martine Ferland, President Europe and Pacific.

Baghdad has been at the bottom of the list for a decade now. Waves of sectarian violence have swept through the city since the American-led invasion in 2003.