Minke whale is a type of baleen whale which can be broke up into two species, common minke whale and Antarctic minke whale. 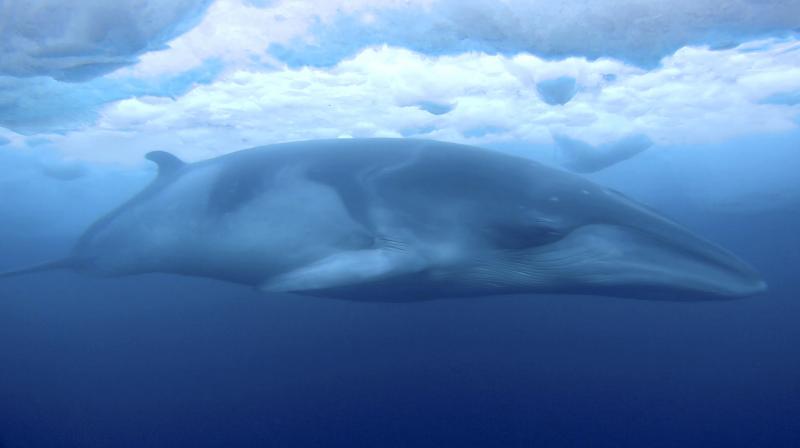 Eisert says the whales look similar from the surface but she gained a new appreciation for their individuality after seeing the markings on one up close. (Photo: AP)

Wellington: Marine mammal expert Regina Eisert thought minke whales were a little boring until she captured some striking footage of one swimming underwater near Antarctica. Now she thinks they're beautiful.

Eisert says the whales look similar from the surface but she gained a new appreciation for their individuality after seeing the markings on one up close. She says her team got the underwater video by luck. They'd planned to film underwater for two weeks but managed to get just 90 minutes of footage before running into technical problems.

Eisert, a researcher at the University of Canterbury, says they were in Antarctica earlier this year mainly to research orca whales in the Ross Sea. But she says their observations of minke whales could shed new light on their feeding patterns.