The gravity of galaxies bends space, such that the light travelling through this space is bent, as through a lens. 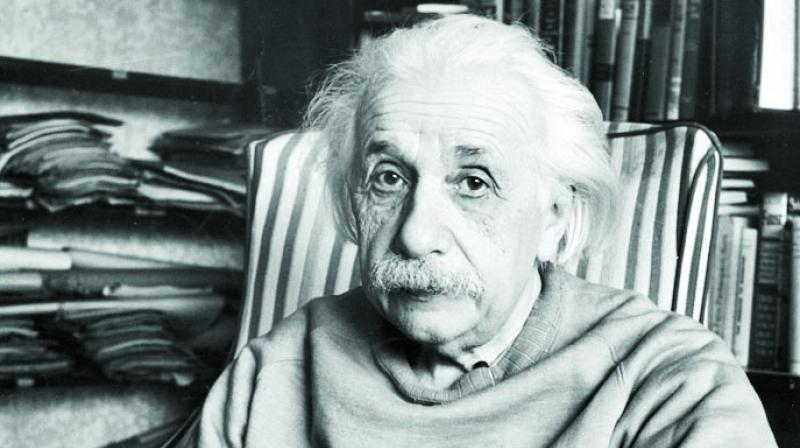 London: A Dutch theoretical physicist’s alternative to Einstein’s theory of gravity has passed its first test in a study of more than 30,000 galaxies.

A team led by astronomer Margot Brouwer from Leiden Observatory in The Netherlands tested the new theory of physicist Erik Verlinde from the University of Amsterdam for the first time through the lensing effect of gravity.

Brouwer and her team measured the distribution of gravity around more than 33,000 galaxies to put Verlinde’s prediction totest.

She concluded that Verlinde’s theory agrees well with the measured gravity distribution.

The gravity of galaxies bends space, such that the light travelling through this space is bent, as through a lens.

Background galaxies that are situated far behind a foreground galaxy (the lens), thereby seem slightly distorted. This effect can be measured in order to determine the distribution of gravity around a foreground-galaxy.

Astronomers have measured, however, that at distances up to a hundred times the radius of the galaxy, the force of gravity is much stronger than Einstein’s theory of gravity predicts.

The existing theory only works when invisible particles, the so-called dark matter, are added.

Verlinde now claims that he not only explains the mechanism behind gravity with his alternative to Einstein’s theory, but also the origin of the mysterious extra gravity, which astronomers currently attribute to dark matter.

Verlinde’s new theory predicts how much gravity there must be, based only on the mass of the visible  matter.

Brouwer calculated Verlinde’s prediction for the gravity of 33,613 galaxies, based only on their visible mass.

She compared this prediction to the distribution of gravity measured by gravitational lensing, in order to test Verlinde’s theory.

Her conclusion is that his prediction agrees well with the observed gravity distribution, but she emphasises that dark matter could also explain the extra gravitational force.

However, the mass of the dark matter is a free parameter, which must be adjusted to the observation.

Verlinde’s theory provides a direct prediction, without free parameters. The research was published in the journal Monthly Notices of the Royal Astronomical Society.