Devi is a power-lifter who won gold at the 2016 South Asian Games, representing India. 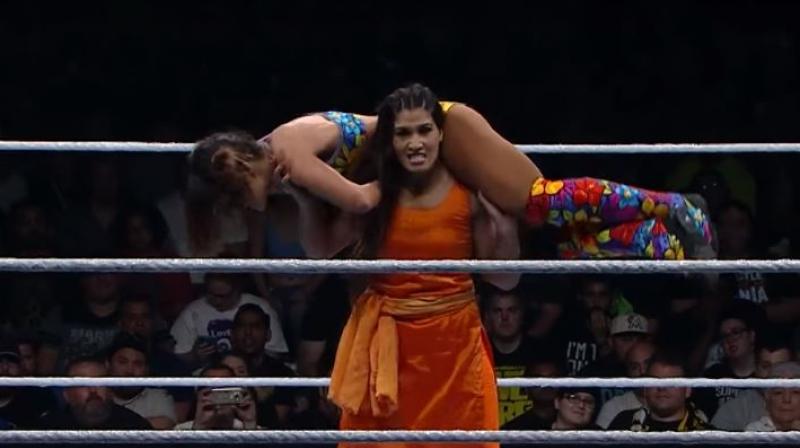 Jalandhar: Kavita Devi, who became the first Indian woman to sign with World Wrestling Entertainment (WWE)-- world's biggest platform for wrestlers-- asserted that nothing was impossible for women to achieve.

"I achieved this position because of my family's support. And I want to say that nothing is impossible for women to achieve," Kavita Devi, told ANI.

"I give all the credit of my success to Khali sir," she said.

Meanwhile, Khali said he was confident Devi would make it to WWE.

"When I started training her, I knew she will definitely go to WWE," Dalip Singh Rana  told ANI.

Kavita Devi, who was part of the WWE 's Mae Young classic tournament, made history by becoming the first ever woman wrestler from India to be awarded a WWE developmental contract.

The announcement was made by WWE Champion Jinder Mahal. Devi is a power-lifter who won gold at the 2016 South Asian Games, representing India.