He is Director of the Potsdam Institute for Climate Impact Research (PIK). 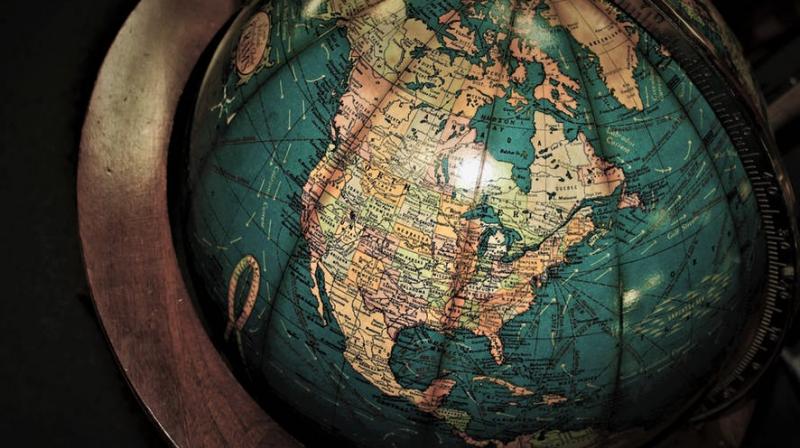 Tokyo: The world's most prestigious award for pioneers in environmental science was given to Hans Joachim Schellnhuber this week in Tokyo.

He is Director of the Potsdam Institute for Climate Impact Research (PIK), a member of the Leibniz Association. The Blue Planet Prize, coming along with 50 million yen, honors outstanding thinkers who help to meet challenges of planetary dimensions.

It is awarded by the Asahi Glass Foundation and handed over in presence of Japan's Imperial Prince and Princess. Schellnhuber received the prize for establishing a new field of science, Earth System Analysis, and introducing most influential concepts including the notion of tipping elements in the climate system.

The second recipient is Gretchen Daily of Stanford University, USA, who was honored for her research about biodiversity and natural capital. "Professor Schellnhuber pioneered a new field of climate science," said Yoshihiro Hayashi, Chairman of the Blue Planet Prize Selection Committee and Director General of the National Museum of Nature and Science in Tokyo. The Director of PIK provided "groundbreaking interdisciplinary science," Hayashi said.

Furthermore, "one of his greatest successes was communicating the magnitude of the challenge of climate stabilization to a broad public as well as decision-makers," he added, calling Schellnhuber "the father of the 2 degrees limit for global warming". On the same note, the official declaration by the Blue Planet Prize organizers says: "His activities eventually created a torrent of measures against global warming worldwide, resulting in the 2-degree guardrail agreed upon by more than 190 countries at the UN climate summit COP21. Professor Schellnhuber and PIK have played a central role in this field for many years."

"I believe that the two recipients are leading us to a new era of tackling environmental issues," commented Hiroyuki Yoshikawa of the Blue Planet Prize Committee in his speech. He is a Special Counselor to the President of the Japan Science and Technology Agency, member of the Japan Academy, and a former President of both the Science Council of Japan and the University of Tokyo. The committee includes internationally renowned scientists such as Nobel Laureate Ryoji Noyori who met Schellnhuber on the eve of the prize ceremony.

"This prize is said to be the Nobel Prize for environmental research," said Japan's minister of the Environment, Masaharu Nakagawa, in a personal meeting earlier this week. He thanked Schellnhuber "for helping with the long-term strategy of our country. We're in the midst of a broad change." Schellnhuber has visited Japan on a number of occasions for talks with high-ranking officials in the past years. Stabilizing the climate "is a global challenge which requires concerted action by all countries," Japans Prime Minister Shinzo Abe said in a message congratulating the awardees. "My government remains committed to climate action."

Marking the outstanding significance of the event for Japan, His Imperial Highness Prince Akishino attended the ceremony. "In recent years, we humans have pursued the progress of science and technology" - yet precisely by this way of economic development, "the ecosystems have been affected," said the Prince. He specifically mentioned the increase of dangerous weather extremes. "We need a correct understanding of the human effect on the environment - as well as actions. It is hence satisfying that the laureates have developed the science as well as they have sounded the alarm."

In a congratulatory message His Royal Highness The Prince of Wales, Charles, emphasized that Schellnhuber's work is important to persuade the world to counter climate change, and to save the planet for our children and grandchildren.

Previous recipients of the prize include the godfather of climate modelling, Syukuro Manabe, from the US National Oceanic and Atmospheric Administration's Geophysical Fluid Dynamics Laboratory, Norway's former Prime Minister Gro Harlem Brundtland, and Charles Keeling from the University of San Diego, California, who gave his name to the famous Keeling curve of atmospheric CO2 concentration measurements.

"The sun first rises in the East," said Schellnhuber at the ceremony. "Philosophers in China and Japan have deliberated upon the harmony between nature and humanity for many centuries." Today, scientists around the world, including those at the Potsdam Institute for Climate Impact Research that Schellnhuber founded in 1992, are successfully investigating the nonlinear dynamics of the complex climate system, and religious leaders like Pope Francis - whose green Encyclical Schellnhuber had the honor to present to the world in 2015 - joined in the call for avoiding dangerous climate change. "Yet man-made climate change has roared on, since policy has largely failed us," said Schellnhuber. Now, on the basis of the Paris Agreement to limit temperature rise to well below 2 degrees Celsius, a great transformation of the global economy is required. "Germany and Japan must take the lead in this race against global disaster," Schellnhuber said. "They shall become closest partners in sustainable innovation - for the sake of our two nations and for the sake of our Blue Planet."