Mother Teresa did not want photographs to be taken during prayers. 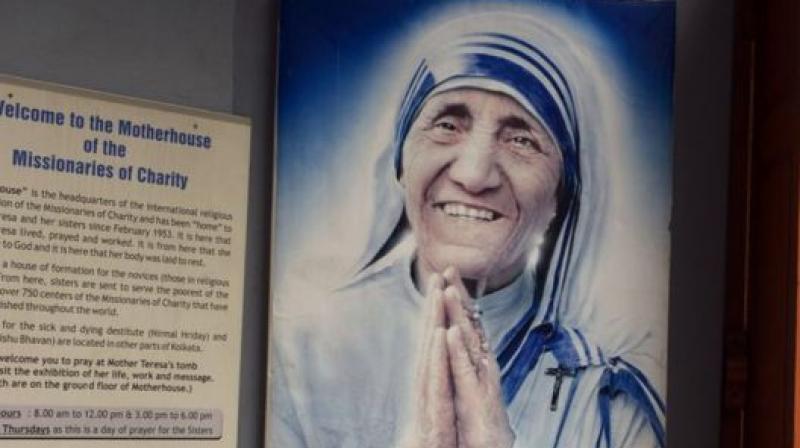 Raghu Rai has captured various aspects of Mother Teresa's work through his lens but she was once unwilling to allow him shoot the prayer sessions at the Missionaries of Charity but the ace photographer finally convinced her invoking Jesus Christ.

Mother Teresa did not want photographs to be taken during prayers as she felt this disturbs the sisters and takes away the seriousness of the moment.  Rai was shattered but undeterred.

He went on to say: "Mother, you often say that you nurse the poorest of the poor because you were not there when Jesus was suffering, and thus while nursing the poor, you actually nurse Jesus. This is one of the two routes through which one can establish direct connection with Him. The other is prayer."

Rai said that he can see Jesus only when Mother does her prayers. "If I can't photograph this, then how can I establish this connection and share it with others? My story will remain incomplete," he told her.

Mother Teresa then in her magnanimous way asked Rai to come the next morning, a little before six o'clock, to take her pictures on that condition that he sits in one place and take the photographs. On another occasion, while taking pictures in the house where all the sisters lived, Rai saw one of them making a confession and he did not wanted to miss this photograph. He wanted the picture as not only it would portray the sanctity of confession, it would also show that the nuns were humans, prone to err and willing to accept their mistakes.

A senior sister saw him and objected and then took him to the Mother, who asked him what was he doing in the sisters' area.  "I was only taking pictures of sisters making confession, a moment so human," he told her. Mother Teresa only said, "All right" and the matter ended there.

Rai, who photographed her for nearly five decades from the early 1970s onwards and has taken some of the most iconic pictures of Saint Teresa that exist, has come out with a book  "Saint Teresa of Calcutta: A Celebration of Her Life and Legacy" which has mention of these incidents.

Divided into three sections, the book, published by Aleph, covers Mother Teresa's canonisation, her life and her work, and the legacy she leaves behind.  Rai brings together pictures that have never been published before as well as classical portraits and action studies.

"An unremitting focus on carrying out the will of God through service to the poorest and least wanted of all humanity gave her a spiritual aura that was plain for everyone to see. But she was also an immensely practical person, which was why she was so very effective in the work that she and her order were able to do," he says.  And during his long association with Mother Teresa, Rai says he saw these various aspects of her up close.