Newsmakers   20 Jul 2018  Don't know how you get sexier with every year: Ileana D'Cruz to Andrew Kneebone
Newsmakers

Don't know how you get sexier with every year: Ileana D'Cruz to Andrew Kneebone

The actress shared a beautiful post with her longtime boyfriend Andrew Kneebone for his birthday. 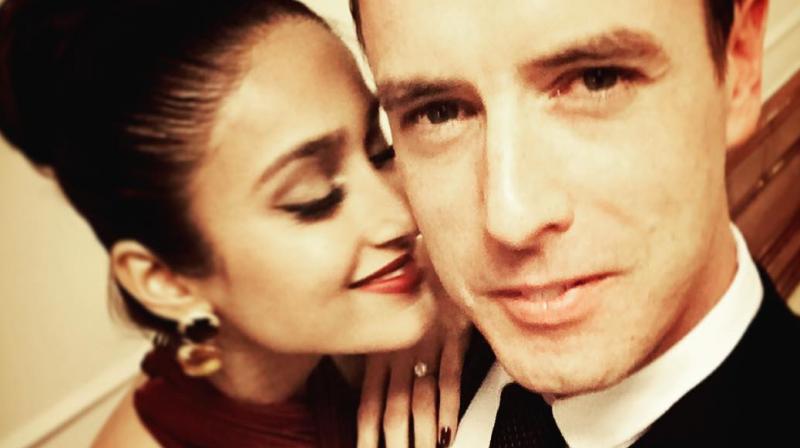 Picture with Andrew Kneebone that Ileana D’Cruz shared on Instagram.

New Delhi: Bollywood star Ileana D'Cruz shared a beautiful post with her longtime boyfriend Andrew Kneebone, on the occasion of his birthday.

Taking to her Instagram handle, the 'Rustom' star posted an adorable picture with Kneebone, with the caption, "Happy Birthday my love. Seriously I don't know how you get sexier with every year I've known you! Ain't complaining though."

Happy Birthday my love ♥️ Seriously I don’t know how you get sexier with every year I’ve known you! Ain’t complaining though 😛 I hope you have the best year ever...you deserve every happiness and so much more and if I can add to that in even a small little way I’d consider myself very lucky! I love you ♥️

In December last year, the 'Baadshaho' star sparked marriage rumours, by referring Kneebone as 'hubby' for the first time.

On the work front, D'Cruz will next be seen in Telugu film 'Amar Akbar Anthony,' which also features Ravi Teja.

Co-written and directed by Srinu Vaitla, the film is scheduled for a worldwide release in October 2018.