The reason for playing the guitar was guiding doctors to parts of the brain that needed to be burned to cure a neurological disorder. 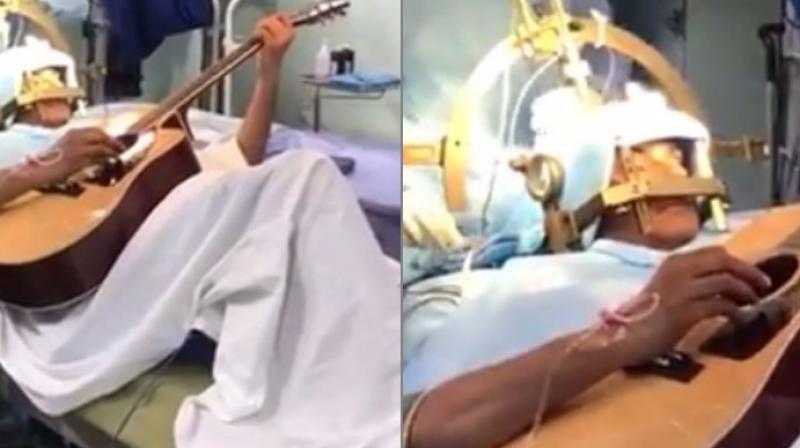 He was amazed to see his fingers improve on the operating table (Photo: YouTube)

Bengaluru: Patients are usually given anaesthetics to prevent pain during a surgery as some complex procedures can be a harrowing experience for people. Undergoing an operation for neurological disorders can be nerve wrecking, but some people seem to handle things their own way.

Music can work wonders for human beings and a techie in Bengaluru proved this when he went on to strum tunes on his guitar while lying down on the operation table as surgeons burned his brain. The surgery corrected a neurological disorder which caused the 32-year-old’s fingers to be cramped, a condition known as musician’s dystonia.

The cramps are caused by rigorous use of muscles that triggers abnormal and involuntary flexion. The techie was actually strumming the guitar to guide doctors to parts of his brain that caused the tremors so that they could be burned and repaired.

The man who was cured after a seven hour surgery said that witnessing his fingers improve while playing the guitar lying there on the operating table was an amazing experience and he is happy to walk out of the hospital in good shape to play again.