Asdourian recently released a book about the traumatic incident called Broken Bananah: Comedy, Life, and Sex ...Without a Penis. 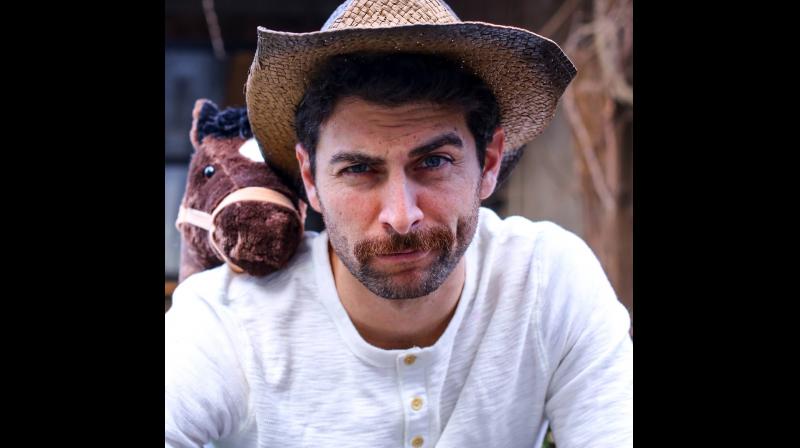 For the 32-year-old comedian Ross Asdourian, nightmare became a reality about three years ago when he suffered a penile fracture while having sex with a woman in his Manhattan apartment. (Facebook Screengrab/ Ross Asdourian)

A comedian who broke his penis has written an entire book about the experience that may be every man's biggest fear.

For the 32-year-old comedian Ross Asdourian, nightmare became a reality about three years ago when he suffered a penile fracture while having sex with a woman in his Manhattan apartment.

The New York native underwent an extensive surgery the next morning to repair the damage.

For the following month he had to ask others, including his mother, to help him urinate, and it was several months before he regained sexual function.

Asdourian recently releases a book about the traumatic incident and everything he learned from it called Broken Bananah: Comedy, Life, and Sex ...Without a Penis.

Talking to CNN, the comedian and filmmaker said, “I think that all men in the depths of their brain know that this is possible. And I will go a step further and say that most men have probably had scares where maybe it bent a little bit, myself included.”

While rare, there have been several hundred cases of penile fracture reported in the US, an injury known as a 'corpus cavernosa rupture' in the medical community, according to Dr Rajveer Purohit, director of reconstructive urology at Mount Sinai Hospital and the lead doctor on Asdourian's case.

Accoridng to Dr Purohit, the corpus cavernosa is sponge-tissue that runs along the length of the penis. 'It's a unique tissue that's only present in the penis.

“When you get an erection, blood flows into the corpus cavernosa, and it fills up like a sponge,” he told.

A small study by researchers at Boston Medical Center in 2004 found that certain positions have a higher risk of injury, including having the other partner on top.

The force causes the material surrounding the corpus cavernosa to tear, which leads to the rupture.

The majority of people who experience penile fractures report hearing a popping noise and Asdourian said as soon as he heard the noise, he knew something was very wrong.

He said, “We were basically approaching the finish line ... and I came out, and when I went to go back in, she was pushing back, and basically it just popped,” before adding, “'I breathed in the pain for a couple of beats, rolled over, flipped on the lights and called 911,' he said.”

The next morning, he underwent a three-hour surgery called a urethroplasty to repair the injury.

For the following four weeks he was unable to urinate on his own and it took several months before he regained full sexual functioning.