Crowned by Miss World 2015 Mireia Lalaguna of Spain, del Valle yesterday called it an "honor and a great responsibility". 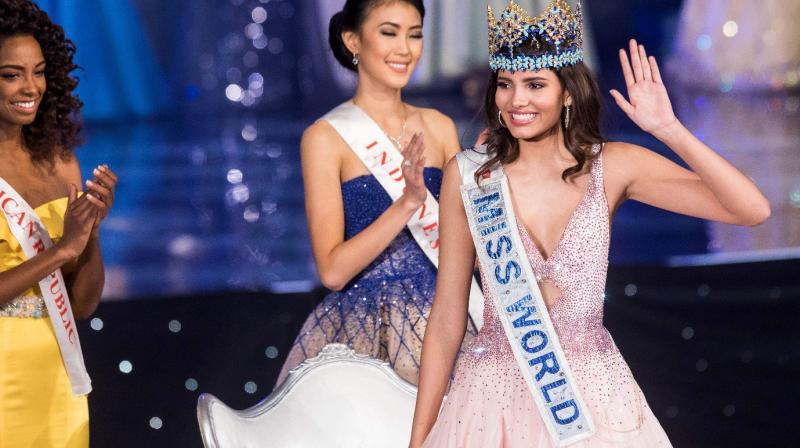 Oxon Hill: Stephanie del Valle of Puerto Rico has been crowned Miss World 2016, edging out runners-up from the Dominican Republic and Indonesia, and beauties from around the globe.

Del Valle, 19, is a brown-eyed brunette student who speaks Spanish, English and French, and hopes to get into the entertainment industry. Crowned by Miss World 2015 Mireia Lalaguna of Spain, del Valle yesterday called it an "honor and a great responsibility" to represent her Caribbean homeland. First runner-up was Yaritza Miguelina Reyes Ramirez of the Dominican Republic, followed by Miss World Indonesia Natasha Mannuela.

Contestants from Kenya and Catriona Gray of the Philippines also were in the final five. Canada's Miss World representative, Chinese-born Anastasia Lin was embroiled in a controversy when pageant officials reportedly warned her against speaking to the press for three weeks about human rights abuses in China. She was given the green light again on Wednesday.

Last year, China blocked Lin from attending the same contest when it was held in the city of Sanya.