Priyanka Chopra hints at starting a family with Nick Jonas!

Since their engagement, the much-in-love couple has been traveling all around the world together. 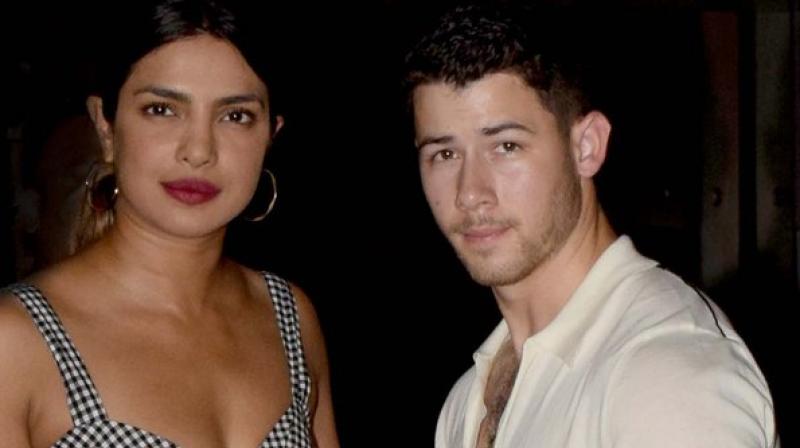 Priyanka Chopra is may be hinting at having a baby with her fiance Nick Jonas.
The 'Quantico' star, in a recent interaction with E! News at God's Love We Deliver Golden Heart Awards in New York, talked about why the organisation matters to her and growing her future family with Nick Jonas.

Interestingly, Kate Hudson, who co-chairs the event, dropped out of the event because she just had a baby girl named Rani Rose Hudson-Fujikawa.

The 'Desi Girl' is a close friend with Duchess of Sussex Meghan Markle, who recently announced that she and her husband Prince Harry are expecting their first child together.

When asked at the Golden Heart Awards how she feels about the Duchess of Sussex's pregnancy, Chopra laughed saying, "I just have a few of my friends who are having babies right now and I'm like, 'God I need to catch up!'"

Apparently, Meghan has given her royal seal of approval to Chopra about Jonas. An insider told E! News that Meghan is "very excited" for Chopra and Jonas.
Chopra and her beau confirmed their engagement in August during a trip to Mumbai, India where their families gathered for festivities, including a roka ceremony and a big engagement bash.

The 'Jealous' singer popped the big question during a trip to London on Chopra's 36th birthday. In London, he closed down an entire Tiffany&Co. store in order to pick out the perfect ring for his lady love.

Since their engagement, the much-in-love couple has been traveling all around the world together. They've gone to Mexico for a quick weekend getaway, Mammoth Mountain in California and a favorite spot of Jonas', Mumbai, New York Fashion Week, among many more.