This will be for the first time since the ICC Champions Trophy 2017 final that they will meet in any international game. 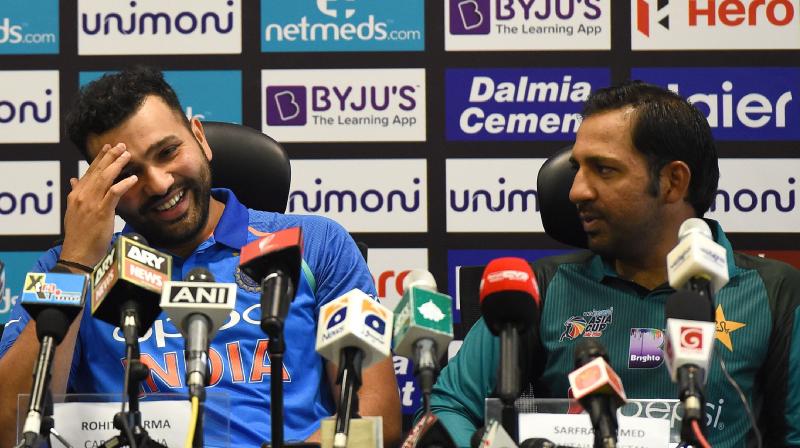 Rohit Sharma-led India will lock horns against Sarfraz Ahmed’s Pakistan in their group stage clash of the Asia Cup 2018 on Wednesday. (Photo: AFP)

Dubai: Rohit Sharma-led India will lock horns against Sarfraz Ahmed’s Pakistan in  their group stage clash of the Asia Cup 2018 here on Wednesday.

This will be for the first time since the ICC Champions Trophy 2017 final that they will meet in any international game. The Men in Green had beaten Virat Kohli’s men by 180 runs in that high-octane clash.

Both the teams have a chance to go head-to-head at least twice in this tournament, and thrice if they make it to the final.

However, India will have to defeat Hong Kong on Tuesday before meeting their arch-rivals on Wednesday.

While the Men in Blue are missing the services of regular captain Virat Kohli, MS Dhoni returns to cricket after a two-month break.

Dhoni had retired from Tests in 2014.

There will be a newcomer in the Indian squad in uncapped Khaleel Ahmed, who was called up for the multi-nation tournament, while Ambati Rayudu is making a comeback to the team after two years.