She ran a coffee bar with her husband for years, and had been named 'honorary mayor' in 2012. 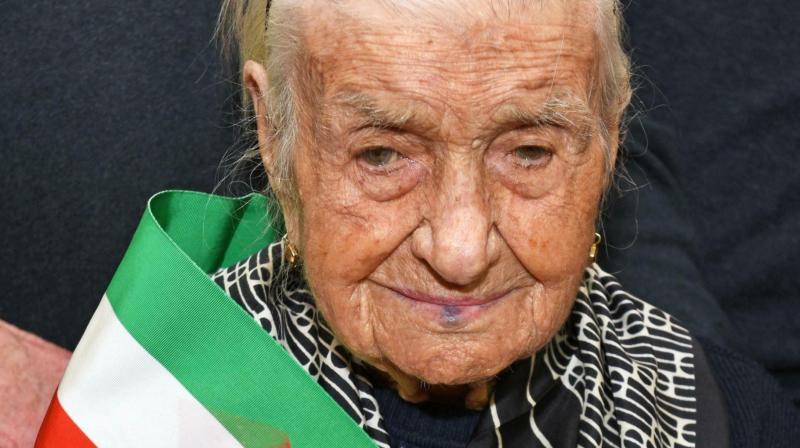 Robucci is No 17 on the list of people in the world who have lived the longest lives. (Photo: AP)

Milan: A 116-year-old Italian woman who authorities say was the oldest person in Europe and the second oldest in the world has died.

The Italian news agency ANSA said Giuseppina Robucci died Tuesday in the southern Italian town of Poggio Imperiale, where she was born on March 20, 1903. She lived 116 years and 90 days.

Robert Young of the US-based Gerontology Research Group said Robucci was the last European born in 1903. She was just two months younger than the current oldest living person, Kane Tanaka of Japan, who was born on Jan. 2, 1903, he said.

Robucci is No 17 on the list of people in the world who have lived the longest lives.

Known locally as Nonna Peppa, Robucci had five children, nine grandchildren and 16 great-grandchildren. ANSA said she ran a coffee bar with her husband for years, and had been named “honorary mayor” in 2012.

“We are saddened by her death, but at the same time we are honored to have had her as a fellow citizen,” Alfonso D’Aloisio, the town’s mayor, told ANSA.

Italy previously claimed the world’s oldest woman. Emma Moran, the last living person verified to have been born in the 1800s, died on April 15, 2017 at the age of 117 years and 137 days.