In a first, South Korea appoints woman as foreign minister 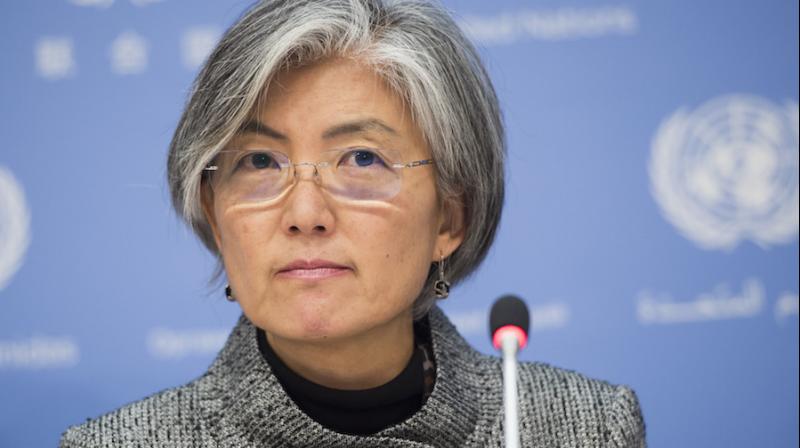 South Korean President Moon Jae-in appointed Kang after the opposition-led parliament failed to issue a report on the outcome of its confirmation hearing for her. (Photo: United Nations)

South Korean President Moon Jae-in appointed Kang after the opposition-led parliament failed to issue a report on the outcome of its confirmation hearing for her.

"I want you to truly help expand the external appearance of our diplomatic relations and show how great our capabilities are. I hope you would make those who have opposed you realise that they were wrong," Yonhap news agency quoted President Moon as saying to Kang.

Kang, a former UN official, has been accused of alleged tax evasions and false registration of address for her daughter.