He says he enjoys the "cosmopolitan feel of Mumbai, the beauty of New Delhi, the energy of Kolkata, and the friendliness of Hyderabad". 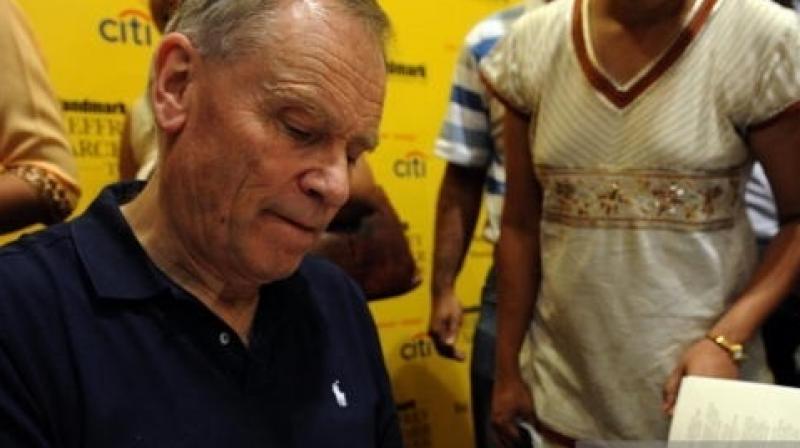 Archer has a great fan following in India and has been a frequent visitor (Photo: AFP)

New Delhi: Popular British author Jeffrey Archer will be on a four-city tour of India from Monday to promote the final installment of his seven-book "The Clifton Chronicles" with Gurgaon being his first stop.

The 76-year-old writer, whose "This Was a Man" had a global release on November 3, will also travel to Bengaluru, Pune and Mumbai.

Archer has a great fan following in India and has been a frequent visitor. He says he enjoys the "cosmopolitan feel of Mumbai, the beauty of New Delhi, the energy of Kolkata, and the friendliness of Hyderabad".

He had visited India last year, in 2014 and in 2013 to promote the earlier volumes of "The Clifton Chronicles", a saga that crosses continents, and one which in which the lives and loves of Harry, Emma and Giles are tested through friendship, betrayal, and intrigue.

The author of bestsellers like "Not a Penny More", "Not a Penny Less", "Kane and Abel", "As the Crow Flies" and "First Among Equals", terms India as an amazing market.

"Indians love storytellers. You are a very large leadership. There are 200-250 million middle class readers in India. This is bigger readership than America. So India is an amazing market," he had told PTI in an earlier interview.

According to publishers Pan Macmillan India, "This Was a Man" has enhanced Archer's reputation as a master storyteller.

Spanning the 20th century, "The Clifton Chronicles" is a gripping family saga of the trials and tribulations of the Clifton and Barringtons, two families at opposite ends of the social spectrum.