Crew met Narendra Modi who in turn wished them success for their journey across the world. 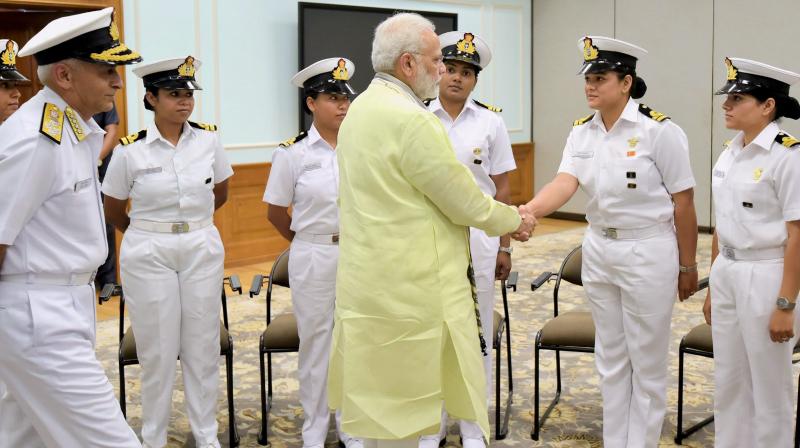 A six-member all-women team of the Indian Navy will start journey in early September to circumnavigate the globe on the vessel INVS Tarini. The voyage will culminate on their return in March next year

Prime Minister Narendra Modi met the team on Wednesday where they explained the journey's plan to PM Modi. The Prime Minister wished them success and said he would track their progress.

According to a government statement the PM  exhorted them to project India's capabilities and strengths across the world and also encouraged them to write and share their experiences.

The voyage which has been titled Navika Sagar Parikrama, will begin from Goa in the first week of September and will be covered in five legs, with stopovers at four ports — Fremantle (Australia), Lyttelton (New Zealand), Port Stanley (Falklands) and Cape Town (South Africa).

The crew had already sailed from Goa to Mauritius from May to July this year to prep for the big voyage.