Bachchan along with wife Jaya was in conversation with author Siddharth Dhanvant Shanghvi at the launch of his book. 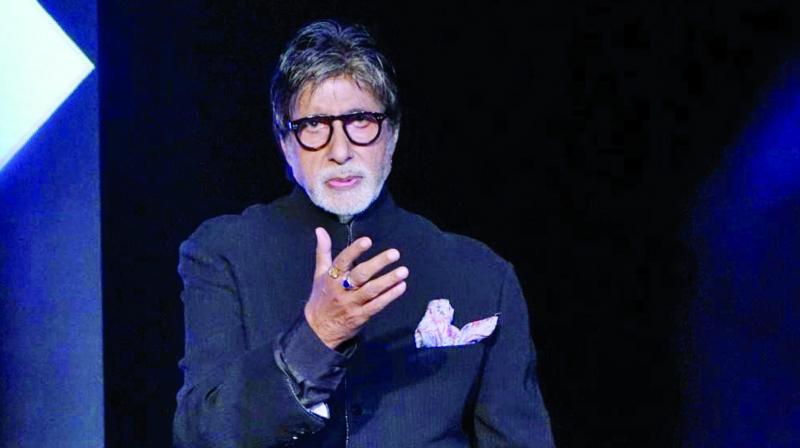 Mumbai: Megastar Amitabh Bachchan says he is fine taking criticism as it at least assures that the creative work has been consumed by the audience as opposed to people not watching a film at all.

Bachchan along with wife Jaya was in conversation with author Siddharth Dhanvant Shanghvi at the launch of his book The Rabbit and The Squirrel at the 9thedition of Tata Literature Live!, Thursday.

When asked how do they both take criticism, Jaya quipped, "I don't actually care."

Bachchan said, "The first assurance that you get is somebody has actually read your work. It's very important for us, in the creative field, because if no one goes to see our films, that's very bad. So, that's one of the first things that comes to your mind."

"But seriously, I would accept criticism, I would liked to be criticised because it gives you an aspect of your work which you may not be aware of," he added.

The star said critics' observation often go beyond the obvious and point out nuances which is a must for people in creative field.

"There are many critics who are able to have that perception, who are able to go beyond what you have written or have a different view point. I think it's important for anyone in the creative field to know that. Many times, we are unaware of it. Most of the times, the critics are right and we are wrong. In such situations, when you feel they have been unfair, cut that criticism out from the piece of paper and stick it on your bathroom wall and every morning, look into the mirror and say, 'One day buddy, I am going to disapprove you,'" he said.

The fest, which opened yesterday, will feature speakers, authors, intellectuals, journalists and performers from around the world including The Crown director Stephen Daldry, David Ebershoff, author of The Danish Girl, Mark Tully, among others.